Environment champion Cat Jenkins writes about food-sharing schemes she is involved with and how they help the hungry, foster friendships and decrease waste.

Environment champion Cat Jenkins writes about food-sharing schemes she is involved with and how they help the hungry, foster friendships and decrease waste:

I’ve lived on this Island for more than 50 years – half a century enjoying natural beauty, fertile land and, in many quarters, genuine sense of community.

It’s been a treat to be raised here and to know my teenage daughters are growing up in a place which affords them so much freedom and potential for adventure.

And, of course, like anyone, I’ve had my tough times – and I know, through my work with Graih and other projects, of many others who’ve struggled, too. Some of those struggles have been financial, others related to health (mental as well as physical); and when there’s a wide range of issues, you need a wide range of solutions.

Many of these, especially those relating to mental and physical health, we know by heart – even if it’s not always easy to put them into practice. Rest, exercise, connecting with others and talking about problems, being in nature as much as possible, eating well and learning new things; these are just some of the things we’re advised to do when the going gets tough and we fray a little at the edges.

Remembering to pay attention to all these things can be a tall order. But I found, when I began to focus on just one of them, that it had knock-on benefits in other areas too. That one was food – specifically growing, cooking and sharing it with others. Here are just a few of the ways I found to explore it.

A couple of years ago I was employed as co-ordinator of EcoVannin, a partnership between three Isle of Man Government Departments and three environmental groups. One of our projects was to work with the excellent Braddan Commissioners, to set up a community garden in the parish.

It took a bit of legwork from a band of enthusiastic volunteers to get the site ready. We cleared a disused playground, asked Men in Sheds to build us some wonderful raised beds, begged borrowed and – er – liberated all sorts of equipment, topsoil, food plants, trees and seeds, and set about creating a sharing space where folks could grow (and take away to eat) fruit, veg and herbs. 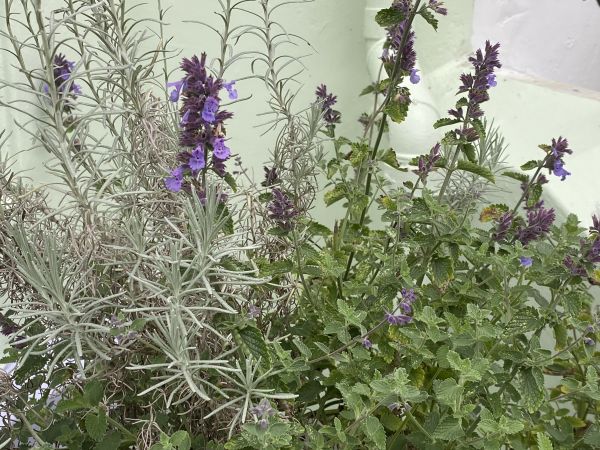 It was a delight! We were blessed with some terrific helpers – it’s amazing what people are willing to do if you just ask nicely - and held enjoyable work-parties, usually topped off with a picnic at the end. The folks taking part made new friends, enjoyed outdoor exercise, took their minds off the day-to-day – and carted home plenty of organically grown, nutritious and delicious food. Now THAT definitely hits a few of those recommendations I spoke about earlier….

Our Sharing Garden at 16 Westminster Terrace

There was a point, when my girls were quite small, that we hit hard times. I wasn’t able to work, had a draughty old country house that wasn’t selling and had little income. We resorted to the food bank – and very grateful we were for it, too. In times of trouble it relieves a huge amount of stress. Back then, though, the food parcels didn’t contain perishables – no fruit or salady stuff. Nonetheless, it was calories, and we were glad to receive it.

When we eventually sold the old house and moved to Douglas, we were a bit better off. One of my daughters, Lizzie, was then about eight. 'Mum', she asked, 'do you remember when we only got fresh vegetables when our friends gave them to us?'

She was remembering pals in the Permaculture Association, who used to leave us boxes of produce on the doorstep, and our lovely neighbour, Wes, who used to let the girls help themselves from his bursting greenhouse.

'Yes', said I. 'Well, I don’t want anyone else to ever feel like that again. So could we throw away all the flowers'...gesturing at the front garden of our newly-acquired terraced home…plant loads of food and put up a sign saying ‘HELP YOURSELF IF YOU NEED TO’?”

So that’s effectively what I’ve done. The geraniums and hebes have been replaced with raised beds, and the front has yielded, this year, small but lovely crops of strawberries, gooseberries, jostas, apples, fuchsia berries, beans, blackcurrants, blueberries, kale, daikon, spinach, and lettuce – not to mention bay, basil, parsley, mint, rosemary, oregano and curry plants. Plus catnip for the cats. 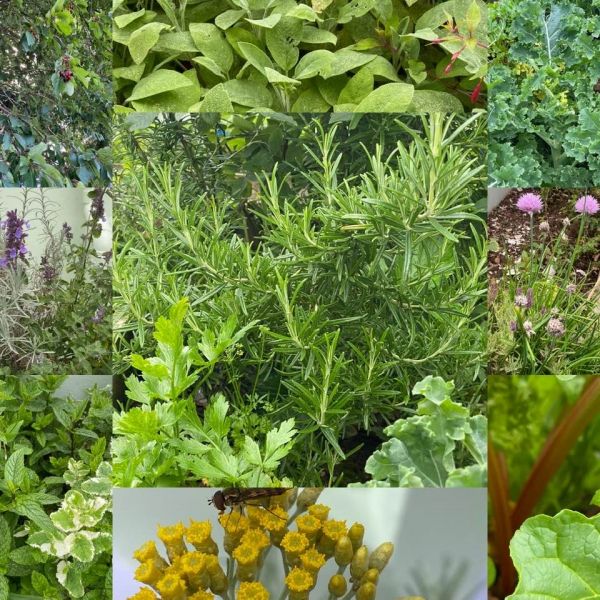 And work’s started on the back garden too, though it has a long way to go. This year a pear, cherry and two apple trees have gone in, plus a couple of grapevines, a swathe of wild garlic and another of thyme.

I have a couple of people whom I’ve supplied with a steady flow of rhubarb this year, one friend who gets quite a bit of kale, and a neighbour who’s collected berries and bay leaves from by the front wall, being too shy to walk in.

I’m glad my front garden is helping people get the freshest of the fresh into their tummies this year – in some cases, fruit so fresh it’s still surprised.

I’ve made some new friends, had some great conversations and also gotten brilliant exercise weeding and planting. I’ve not gone hungry myself, either.

Wouldn’t it be excellent if a few more people would do this, so we could exchange our gluts of produce with one another, and make it available to anyone who’s short of cash or only wants a small amount of something?

One little project that paid serious dividends in friendships, staving off hunger and saving pennies, was the Solidarity Supper. In one especially lean period, I found I had nothing in my wallet, and nothing much in the larder, either. But I did have frozen mince, and some carrots. So I put out an invitation on Facebook to a ‘Solidarity Supper’, inviting anyone in a similar position to bring any foody odds and ends they had (but still to come along if they had nothing), and we would cook together, see what we came up with, eat together and dish out the leftovers for takeaway. 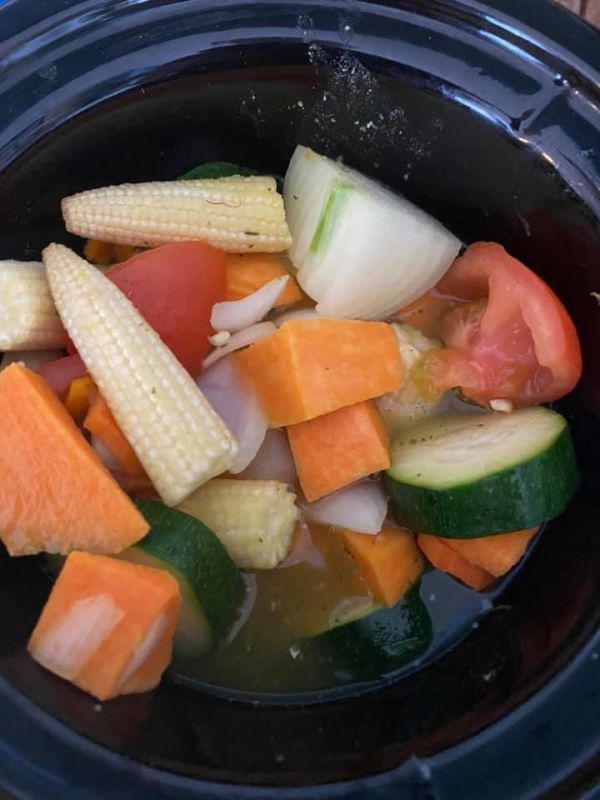 What a treat it turned out to be: all I had to supply was the oven and some sofas, plus my meagre pantry. On one occasion, around 18 of us gathered together, many having brought bread, home-made dishes and produce they’d grown themselves.

It was lovely sitting and eating together, squashed up cosily on sofas and cushions and the floor. People got a good meal, pretty much free, but the best thing was seeing friendships being formed and built upon as we ran successive events.

There really is nothing like breaking bread together to build a bond, and it’s a testament to the Manx spirit of community that so many people were so willing to regularly help one another out. Hats off to us!