The Isle of Man Fungus Group is a group of like-minded people fascinated by fungi, their beauty, their strangeness and the challenge of putting a name to them, writes Liz Charter.

The Isle of Man Fungus Group is a group of like-minded people fascinated by fungi, their beauty, their strangeness and the challenge of putting a name to them, writes Liz Charter.

Some of us started by being interested in fungi to eat but soon realised there was much more to a fungus than eating it (and the associated risks). We are not a forage for food group.

In 2012, Nev Kilkenny, a Scottish mycologist (fungus expert), came and ran a week-end course based at Knockaloe classroom and, as a result of this enjoyable and fascinating weekend, the Isle of Man Fungus Group was formed.

Most years until 2020 Nev has been across here to run a weekend course in fungus identification. Some of our members have developed their skills, including the microscopy necessary for identifying the difficult species, such that we felt confident to run a course ourselves in 2020, when Nev’s travel was restricted by Covid. 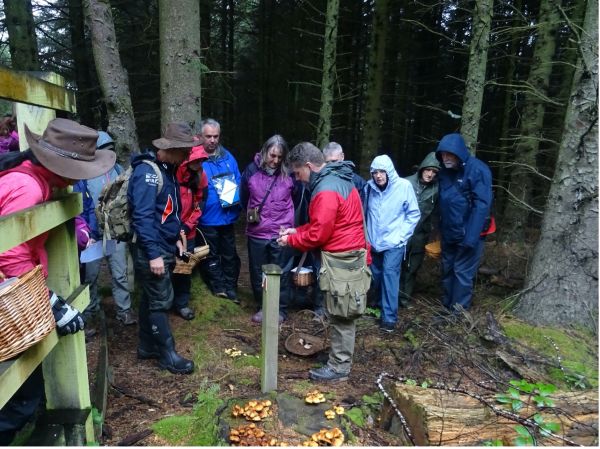 The group runs forays throughout the autumn at plantations, in glens, on unimproved pasture or areas of special habitat such as the Ayres, focusing on fungus identification. We have a facebook page with about 900 members where people post photographs and interesting articles or films about fungi.

For those who wish to delve deeper, we have group microscopes, detailed identification books, run microscopy sessions and recently arranged an online tutorial with Nev.

As a result of the group’s work, at least 230 new species of fungi have been added to the Island list. Just last month one member found two distinctive new fungi for the Island, identified from photos on facebook. 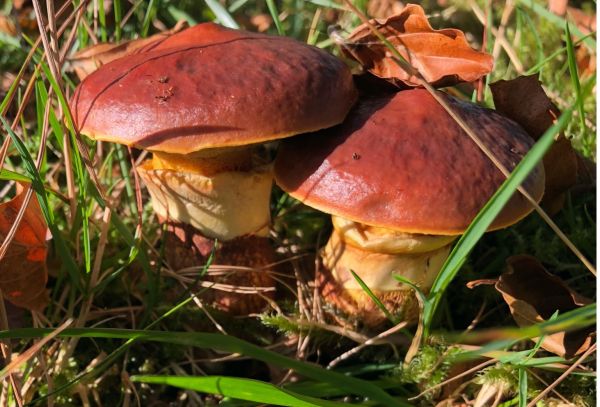 One of the Slippery Jack group

It is also our aim to work with owners of places which are special for fungi to ensure they are conserved and well-managed for fungi. Semi-improved grasslands and lawns which are rich in colourful waxcaps need to be cut short and not given artificial fertiliser. Woodland fungi benefit from leaving dead wood to rot and grow fungi.

Last year was exceptional for waxcaps and other grassland fungi. Up to 18 different waxcaps can be recorded from old grasslands such as Tynwald Green and Port Erin Brooghs. 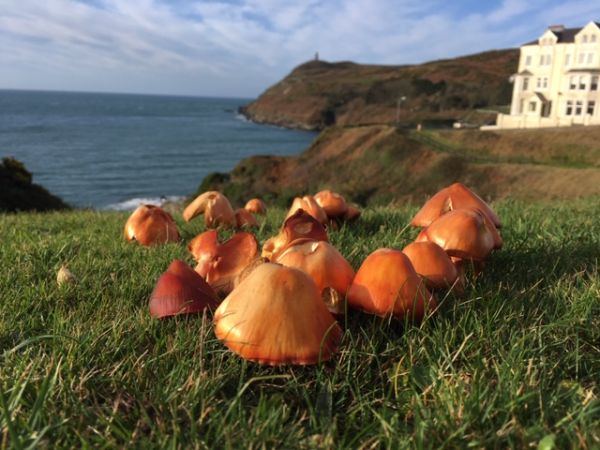 The group welcomes new members and autumn is the season to get involved. We are a membership organisation and forays are free to our members. We can be contacted on fungusiom@gmail.com

We also publicise our forays on our facebook page.

Fungi have been a neglected kingdom of the Manx biosphere which the group aims to remedy.

Some are very, very, small, some can smell of curry or coconut, turn bright blue when cut in half, by smelling of rooting flesh attract flies to spread their spores, dissolve into a puddle of ink or mess with the brain of a fly. Fascinating! 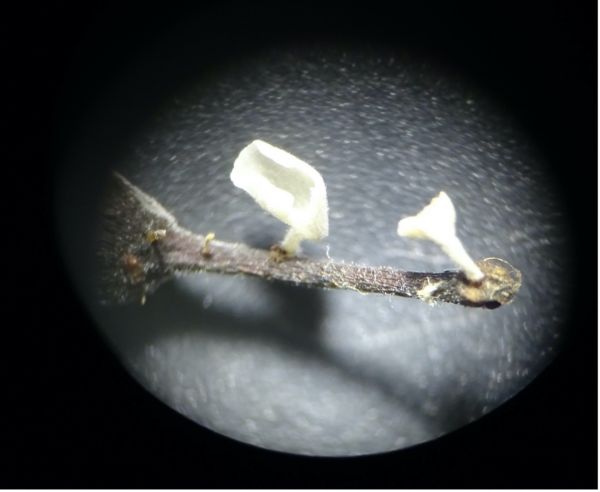