Explore the Isle of Man's 10 Marine Nature Reserves (MNRs) on #MarineMondays. This week, in the final part of a three-part article, Dr Peter Duncan, Senior Marine Environment Officer for the Isle of Man Government, explains how cooperation between the fishing industry and scientists has led to a bumper harvest of some of the best scallops in the world.

Explore the Isle of Man's 10 Marine Nature Reserves (MNRs) on #MarineMondays. This week, in the final part of a three-part article, Dr Peter Duncan, Senior Marine Environment Officer for the Isle of Man Government, explains how cooperation between the fishing industry and scientists has led to a bumper harvest of some of the best scallops in the world:

The Fisheries Management Zone, or FMZ, is 45 km2 and is maintained under a co-management arrangement with the Manx Fish Producers’ Organisation (MFPO), on behalf of the Manx scallop fishing industry.

The concept came about following the emergency closure of the bay in December 2009 due to overfishing, and while the hoped-for recovery was taking place the MNR designation process began, with the option of including a fisheries zone. 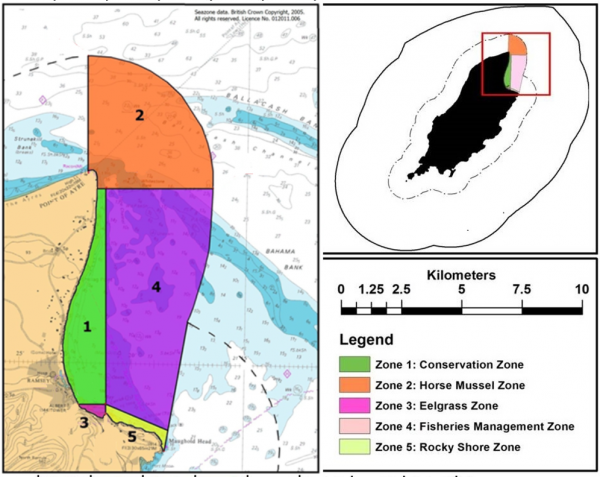 Perhaps memory fades with time, but beyond knowing that something different had to happen, it probably wasn’t clear exactly how the new fishery would operate in practice; however, after an agreement was signed between Government and the MFPO, there was time to work things out, since there wasn’t actually anything to fish yet. 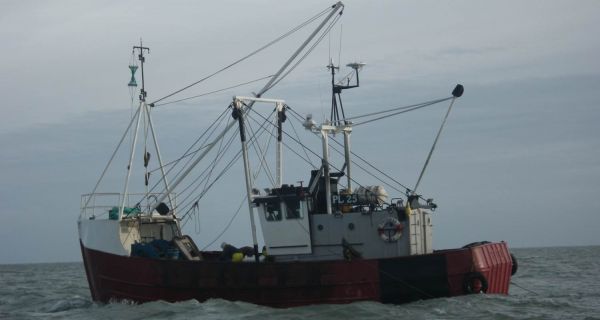 The agreement required fishermen to maintain the scallop population across a wide age-distribution, from juveniles to older adults, and while this seems both straightforward and fundamental, it’s actually rarely done in fisheries management, let alone in scallop fisheries.

I say fundamental because in order to sustainably exploit a fishery you must only take what can be replaced – and if you don’t have adults and juveniles, then the basic life cycle comes unstuck. 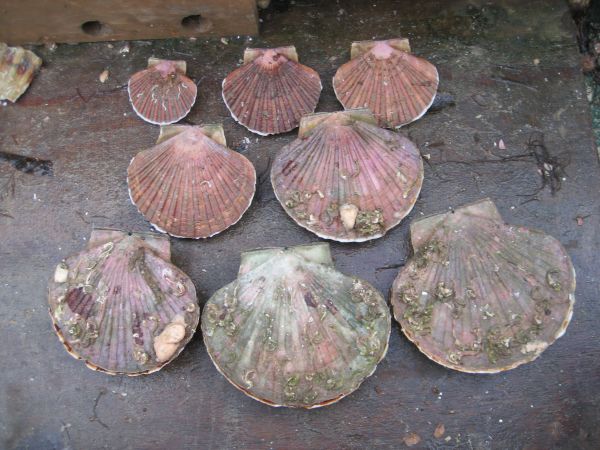 Scallop size/age classes from Ramsey Bay, ranging from one to around eight years old (images taken after 2013)

The next obvious question is how much is safe to harvest? Again, it’s a subtle connection, but the two concepts are linked. It’s much harder to maintain a good age range if the population is low, or, put another way; if you only take a little then the age range tends to naturally expand, especially if you don’t fish everywhere.

So there are general ‘rules of thumb’ as to how much of a population you can sustainably harvest, taking account of natural deaths, predation and recruitment etc, and in this case up to 15% of the estimated biomass was proposed as an initial figure, but of course that depended on whether the population had recovered sufficiently to make 15% a worthwhile commercial catch.

The first proper look at recovery came in 2013, with a comprehensive grid-survey across the whole FMZ.

How had things changed since the emergency closure of 2009? The good news was that it had recovered (phew!), and with a good range of age classes in the population – interestingly though (but not surprising) the oldest was pretty much four years old, which confirmed there wasn’t much left in 2009 (that’s actually still the case today – the scallop age rings show the ecological calamity that occurred, as if scallop life in the bay actually began afresh from the closure). 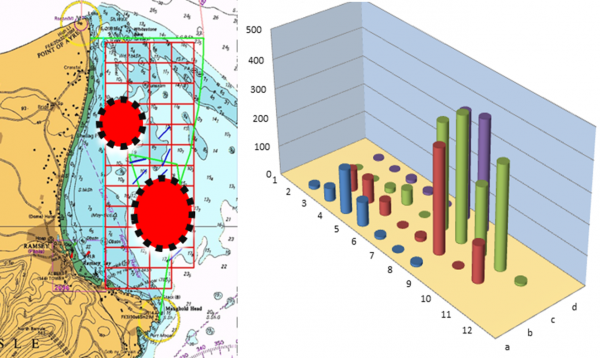 Scallop density map from 2013 survey showing density hotspots in 2 and 3 dimensions. Numbers and letters relate to survey boxes in the bay.

The survey also showed that while scallops occurred widely across the bay, there were two obvious ‘hotspots’, one in the north west and a main density near the centre of the FMZ. These were actually the main historic fishing areas, so it seemed that normality was returning, although this was an enhanced normal since the scallop population was now much higher and more diverse than before, having been left alone for four years.

So with commercial fishing now possible, the industry took two important decisions; the first was to delay the fishery until December, thereby improving catch value by 42% due to the Christmas market. The second was to take a very conservative and cooperative approach to fishing, harvesting a minimum amount, using a minimum of vessels and fishing on less than 4% of the available FMZ. The latter was possible due to the fine-scale surveys identifying hotspots, but the cautious approach was recognition that this was a great opportunity to manage fishing in the longer-term to meet industry needs into the future. 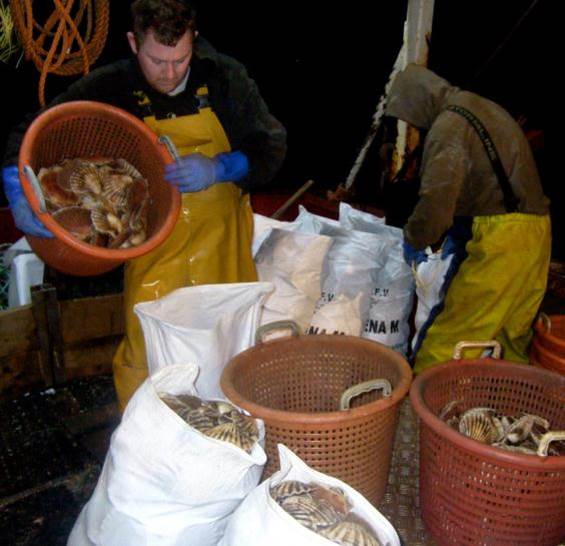 Since 2013, the fishery has continued with the same basic model;  a pre-season survey to estimate population size and hotspot locations (with the survey now being done by industry boats), only harvesting a sustainable proportion of the estimated population, and a December fishery to maximise value.

The overall quantity of scallops fished has increased over time, although this has stabilised in recent years, perhaps nearing the capacity of the FMZ. Value has also typically increased but has been subject to market fluctuations in recent years. 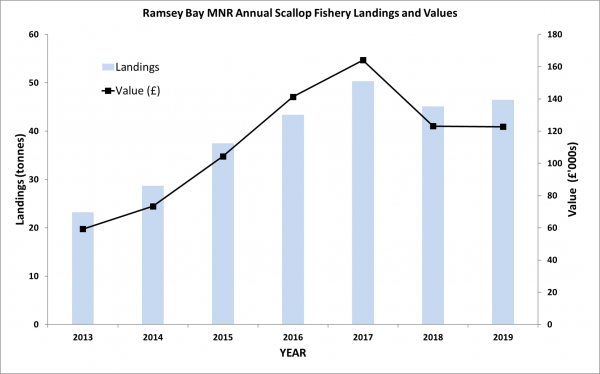 Perhaps what’s most important, is that the bay now provides a guaranteed fishery to the local industry, as and when required. This is a big change from the ‘race-to-fish’ situation.

The overall fishery quantity and value is now as good as before the closure, but the stock (and wider marine environment) is in a much more resilient condition.

The fishery has evolved from its initial tentative approach, to one which is managed responsively and responsibly. In both its scallop population structure and its management, the Ramsey Bay scallop fishery is unique around the island and further afield; more in common with an untouched fishery than a mature one. From fishermen’s and market/consumer perspectives it is arguably the best scallop experience available – the highest density of the largest, highest-meat yielding, shell-perfect scallops available. Any wonder why some believe they are the best scallops in the world? 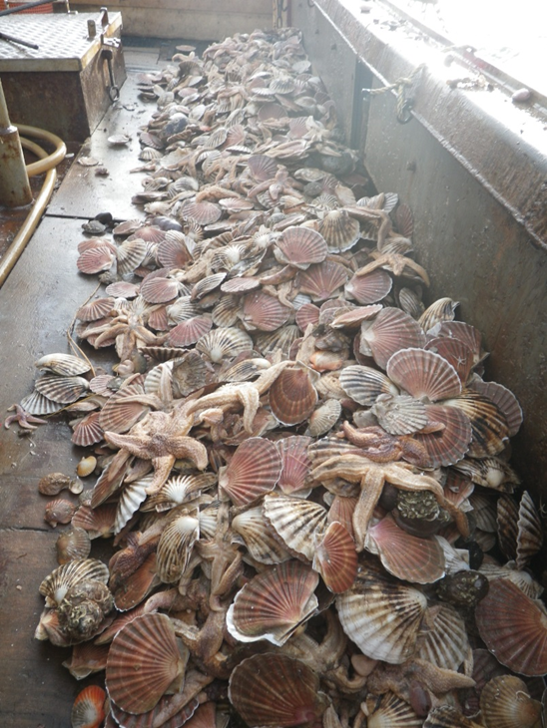 Perhaps this branding concept will become the next chapter of the Ramsey Bay MNR story? The highest quality, sustainably-managed scallops from a marine nature reserve, within a core area of an international biosphere reserve – sounds like a good news story to me. 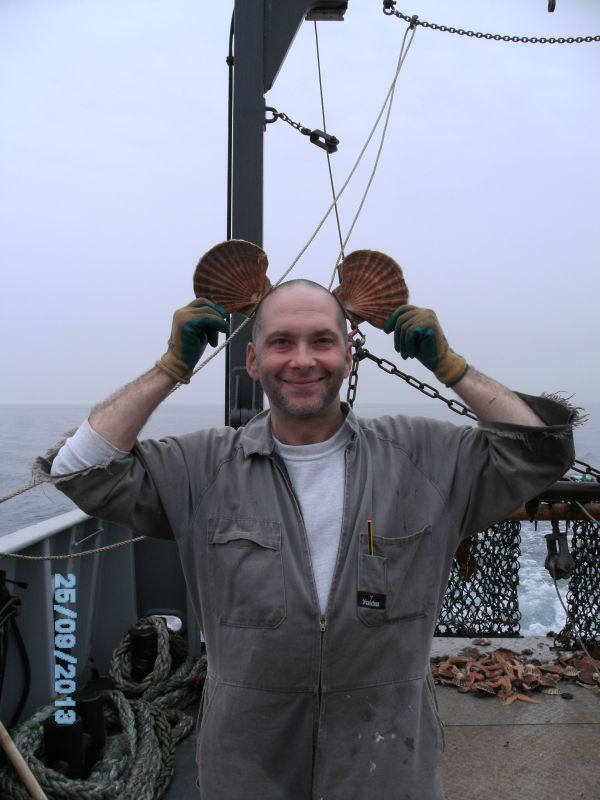 The author fondling scallops during a survey in Ramsey Bay MNR

To find out more about the Isle of Man's Marine Nature reserves, click here.