Biosphere Partner the Queen's Pier Restoration Trust charts its incredible progress restoring the Isle of Man's only surviving Victorian pier and, as phase one of the work nears an end, outlines the support it needs to complete the project.

Biosphere Partner the Queen's Pier Restoration Trust charts its incredible progress restoring the Isle of Man's only surviving Victorian pier and, as phase one of the work nears an end, outlines the support it needs to complete the project:

The Queen’s Pier Restoration Trust was set up in 2016 to restore the only remaining Victorian Pier on the Isle of Man. The pier opened in 1886 and provided a permanent deep-water berth for shipping from Ramsey. 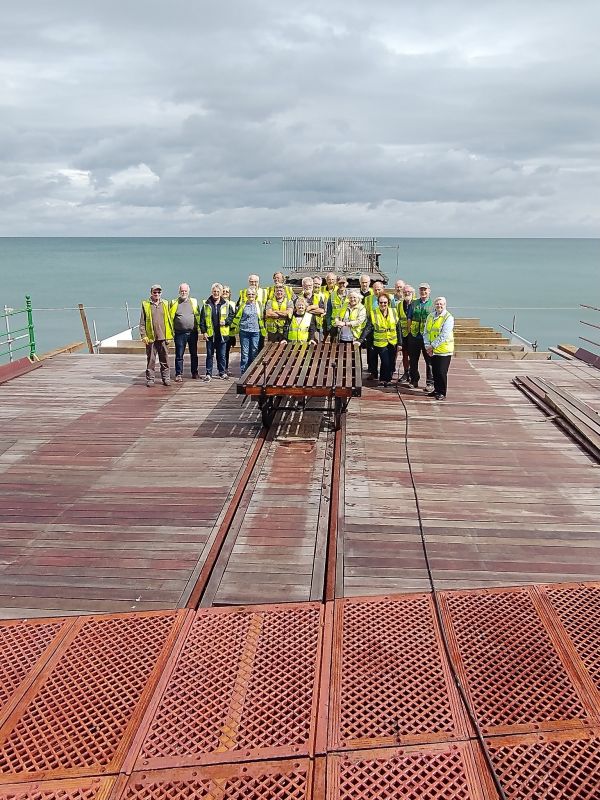 Some of the volunteers, heavy gang, fund-raisers and trustees

Ships and pleasure craft of all sizes continued to berth at the pier until 1970, when the last vessel to use the pier was an Isle of Man Steam Packet Company vessel on her way to Belfast.

In 2017, the trust commenced work to restore the pier through private and community fund raising. The first three bays, of a total of 60, are currently being restored and are due to be completed late spring/early summer 2021. We will then extend our lease with the Government for at least another 15 years to continue this work.

The restoration continued during 2020, despite the effect of the Covid-19 pandemic. Like everyone else, we were obliged to close all activities when the Island went into lockdown at the end of March 2020. We were fortunate enough to recommence at the same time the building trade returned to work, which resulted in the loss of about four weeks' work.

Queen’s Pier has a wonderful history and is important to the Island’s heritage. This can be viewed online at ramseypier.im

Restoring the pier is no straightforward job.

The pier is predominately 22 feet wide with the exception of the first bay, or section, and five extension bays along its length, which are wider for stabilisation purposes. 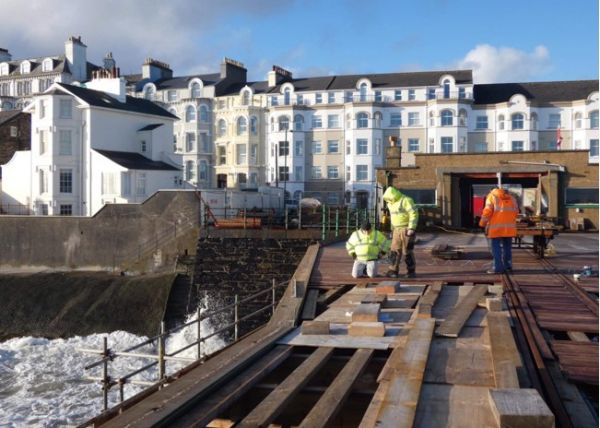 Bay one, with its green handrails, and the angled design over the length of bay two, reducing the width to 22 feet

On bays one, two and three we have managed to replace the old iron girders with the new steel girders but had to contend with this changing width.

Due to the pressures on the availability of a land-based crane, we had to engage the use of a large telehandler, operating from the beach, to lift these heavy steel sections into place. Four lengths of steel were fitted in this way in just under four hours one Saturday morning. 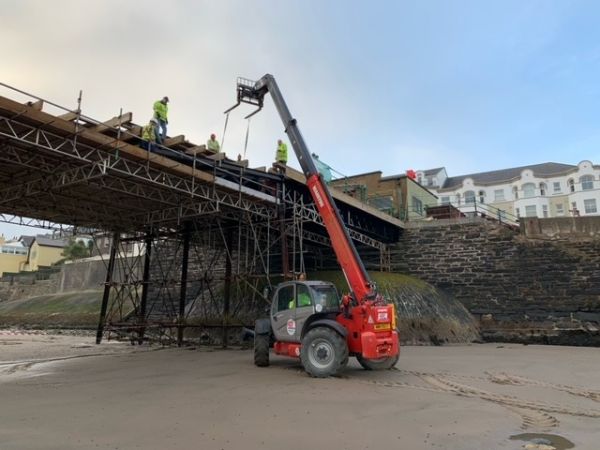 The teleporter, provided free of charge by ACE Hire Isle of Man

With the completion of these first three bays, we are approaching the end of phase one of the restoration and our thoughts and efforts are now looking to secure an extended lease from the Government for us to commence phase two, which will incorporate bays four to eight inclusive.

For this we will need fresh financing and our efforts are now concentrating on raising a minimum of £50,000 per bay.

In order to complete the whole pier, utilising the services of a professional pier builder, we will require approximately £8 million.

As a land-based crane will no longer be able to reach beyond bay three to replace the steel and heavy wood beams, our thoughts are also on how we are to replace the old steel.  There are various ideas being floated and costed.

All the efforts and hard work put in by our fund-raisers would not be as successful without the support of the population of the Island, and, in particular, the residents of the north. 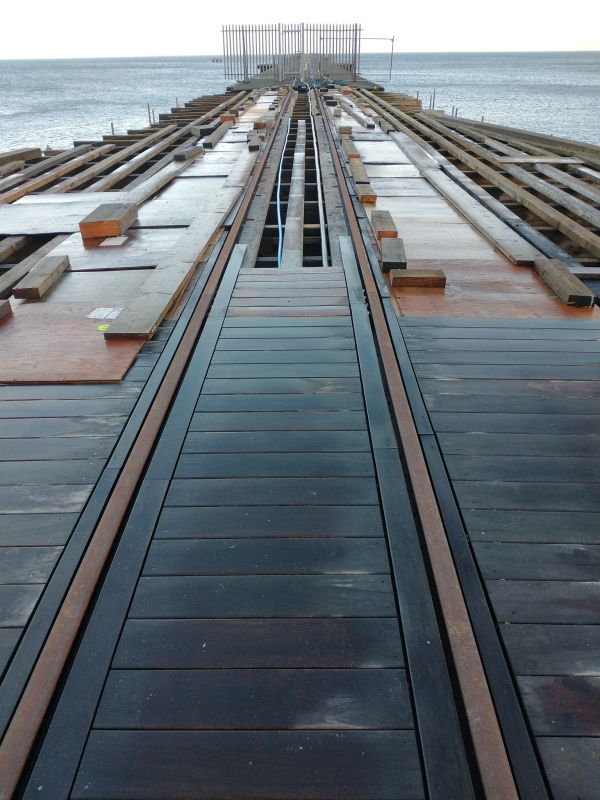 The view along the length of bays one to three, with the fitted rail lines

We have interest from the UK and as far afield as America and Australia.

Without this continued assistance we would not be able to continue with what is the largest community project on the Island. Also, a large thank you to many local businesses and off-Island suppliers.

The trustees would welcome support from anyone who feels they could assist in any way, no matter how limited their time may be.

If you can assist, contact the Queen's Pier Restoration Trust by ringing 07624 477062 or emailing QPRT@manx.net