It’s often said that the quarrymen at Pooil Vaaish (pronounced ‘pool vash’) are the luckiest in the British Isles.

With the site set across four coastal acres on the Scarlett peninsula, the team is perfectly positioned to take in the sunset over Port St Mary bay. Just a small stretch of beach and the Raad-ny-Foillan footpath separates the quarry from the Irish Sea though, so waves crashing over the rocks is a common sight throughout the stormy winter months. 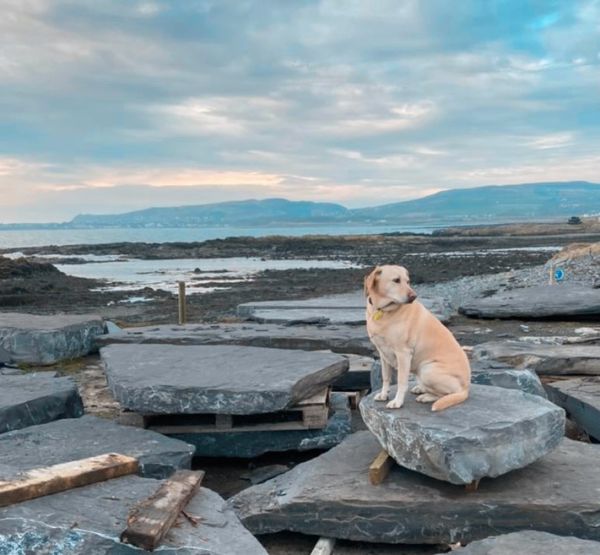 Formed through the compression of plants and sea creatures over the last 365 million years, and first quarried in the 1300s, this unique and rare stone is inextricably tied to the heritage of Mann. The local natural resource is found in much of the Island’s early architecture - from Rushen Abbey and the Old House of Keys to Castle Rushen and Bishopscourt.

Perhaps more surprising is its use throughout historic and prestigious buildings across the Irish Sea. The distinctive stone, which when polished transforms from a matte grey to a highly reflective inky black, can be seen in St Paul’s Cathedral, Chapel Royal in Hampton Court Palace and Emmanuel College Chapel in Cambridge, to name just a few.

Now, Managing Director Rosie Glassey hopes to cement Pooil Vaaish’s place on the world stage. For her and the company as a whole, a commitment to promoting sustainable mining and operating practices in the process is non-negotiable.

This begins with a traditional and sensitive approach to extraction pioneered by the Ancient Egyptians almost five million years ago. Small holes are cored along each bed of stone before wedges are inserted to carefully prise each section away, in a technique known as ‘plug and feather’. 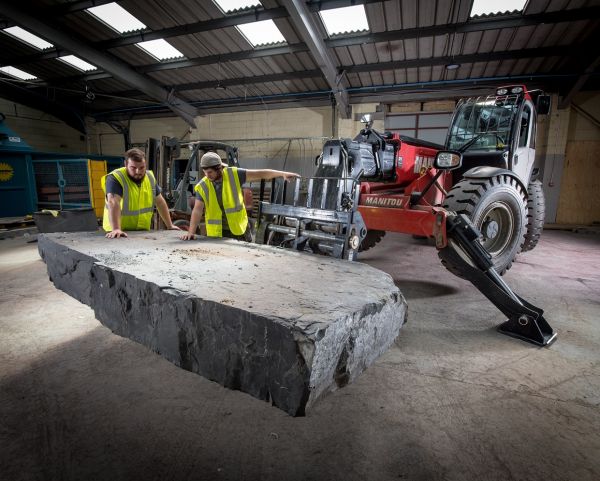 The team is also highly sensitive to the unique flora and fauna located nearby (the quarry sits alongside a designated area of special scientific interest [ASSI]), allowing fresh water pools to colonise with bullrushes and taking particular care not to disturb the sand martins when they nest on the site.  A corporate sponsor of the Manx Wildlife Trust, Pooil Vaaish will support the conservation of local endangered species further over the coming years.

In 2020, the directors of PVBL went one step further. By personally investing in the creation of a world-class manufacturing facility in Ballasalla, just a 15-minute (three mile) drive from the stone’s source, they removed the requirement for blocks of stone to travel a round trip of 3,000 miles to southern Europe for processing.

The skilled Pooil Vaaish team is now equipped to complete the full refining and manufacturing process - from unassuming raw blocks to finished products for both interior and exterior applications - all under one Manx roof.  State of the art machinery is used alongside hand-finishing techniques to bring each custom design to life. 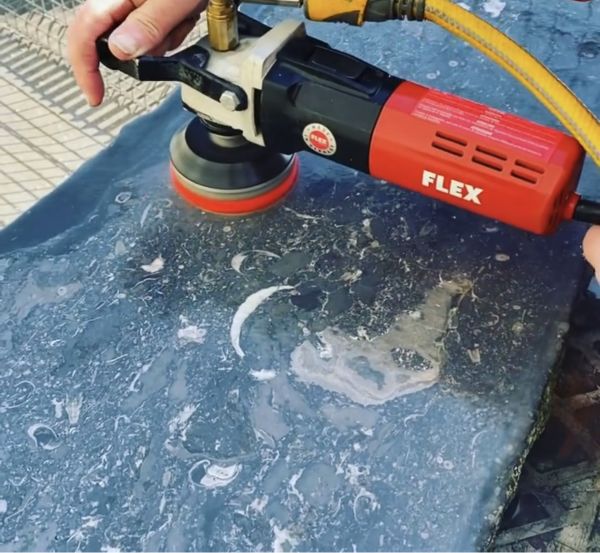 Additional carbon reduction and sustainability measures have been central to the design and commissioning of this facility, with the installation of a closed water recycling system that reclaims and reuses 98% of all water required throughout production – up to 250 litres a minute.

The entire premises were rewired and populated with a mixture of energy efficient lighting and clear roof panels to maximise daylight usage, and traffic movements between the two sites are limited to a maximum of just once per day.

Fuelled by a genuine passion for ethical processing, the team have also implemented a strict zero waste policy, whereby 100% of offcuts are either repurposed internally for building stone or externally for use in building roads. Furthermore, all packaging materials used are recyclable, and the recent decision to create eco-friendly sample folders for architects is as ever in line with the organisation’s stringent overarching environmental policy. 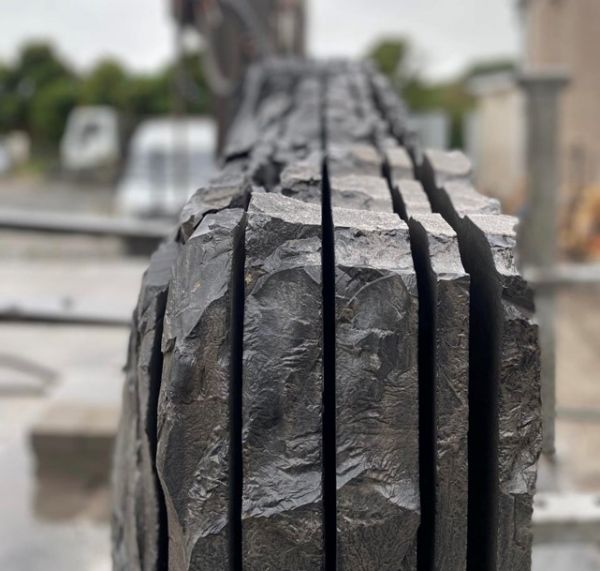 Pooil Vaaish is proud to work to internationally recognised standards of environment management (ISO 14001) and is committed to supporting many of the local Manx community’s worthwhile initiatives. The company has pledged to become completely carbon neutral by 2025.