Explore the Isle of Man's 10 Marine Nature Reserves (MNRs) on #MarineMondays. This week, in part two of a three-part article, Dr Peter Duncan, Senior Marine Environment Officer for the Isle of Man Government, describes the importance of Ramsey Bay's habitats in the work against climate change.

Explore the Isle of Man's 10 Marine Nature Reserves (MNRs) on #MarineMondays. This week, in part two of a three-part article, Dr Peter Duncan, Senior Marine Environment Officer for the Isle of Man Government, describes the importance of Ramsey Bay habitats in the works against climate change.

Ramsey Bay contains the largest eelgrass bed around the Island, tucked away in the south-west corner in a shallow area between Ballure and Gob ny Rona (near Port Lewaigue). The designated zone itself is only around 0.5 km2, but as we’ll see this might not be quite enough now. 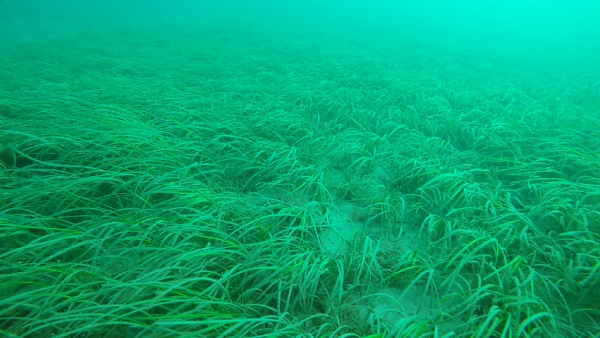 Eelgrass is an unusual sea-dweller, as it’s a flowering plant, rather than the more typical algae (seaweeds) and, just like the more familiar garden plants, it also produces seeds that disperse and germinate away from the parent plant. 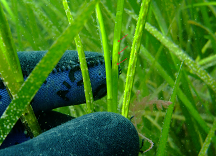 In the absence of disturbance, it might be expected that eel grass will spread over time, within the limits of suitable habitat; which is a sandy seabed, for the root system to establish, and a depth of probably less than 10 m, which is mostly light dependent. So last year DEFA decided to survey eel grass coverage in the bay for the first time since designation in 2011.

The fisheries protection vessel FPV Barrule, using a drop–down camera, drifted above the waving green meadow and mapped the eelgrass over a series of transects.

The results showed that eelgrass has outgrown its existing zone, and now extends from the Queen’s Pier in the north, and as far eastwards as Stack Mooar; and that was the end of the day, so there’s more to survey. 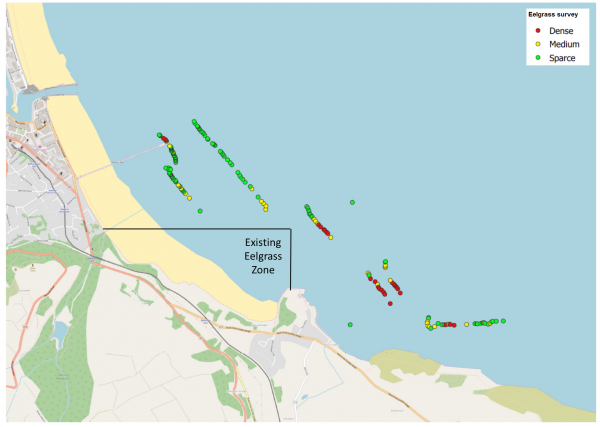 Obviously it’s important to keep track of what’s happening in our MNRs as they represent an important component of Biosphere, and also something of a public asset that requires inventorying from time to time; not least because we need to publicise their successes, and potentially manage aspects that are not doing so well.

Eelgrass in particular, and so-called ‘blue carbon’ in general (the marine habitats and species that can absorb and store carbon dioxide) will become increasingly important as the Island moves towards carbon neutrality by 2050.

Recent estimates of carbon storage potential for seagrasses indicate they may be almost three times better than temperate forest, and also that other ‘blue carbon’ habitats, such as salt marsh, mangrove and soft sediment, store more carbon than forests, and for longer (see references).

In addition to its carbon-storage potential, eelgrass meadows provide an important nursery ground and cryptic habitat for many other species, as well as forming part of a complex food chain that further helps support local biodiversity. 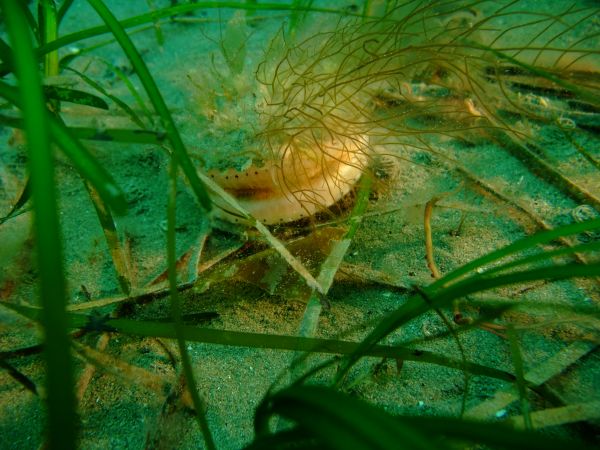 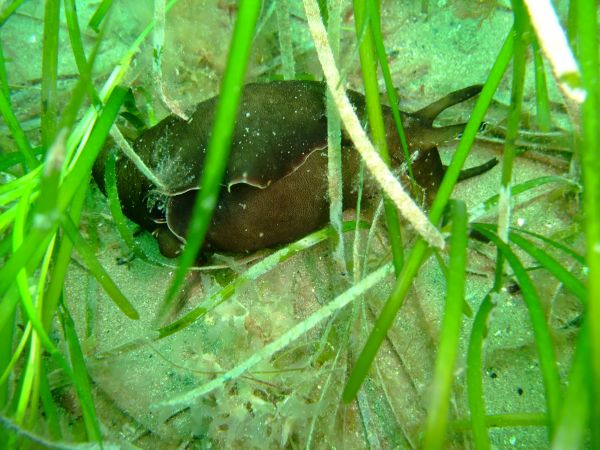 Eelgrass and seahare (a type of large seaslug) (Tony Glen)

Due to this important biodiversity role, and its particular susceptibility to human impacts, all eelgrass zones have the highest level of protection within MNRs with respect to boat anchoring and pot fishing etc.

In addition, the Ramsey Bay eelgrass zone is the Island’s only 'no-take' zone, with no recreational fishing or other removal of marine life permitted with the exception of lugworm and razorshell collection for bait between 1st October and 31st March.

The rocky shore zone runs along the southern boundary of the MNR, from Gob ny Rona to Maughold Head, within an area of 1.6 km2. As mentioned above, the eelgrass now extends into this area and, during the recent survey, it was quite visibly colonising patches of sand in between typical kelp and rock habitat.

Like eelgrass beds, the kelp forest associated with rocky seabeds is another important carbon capture and nursery habitat for a wide range of fish, crustaceans (crabs, lobster and prawns, echinoderms (urchins and starfish), plumose anemones and molluscs such as periwinkles, whelks and beautiful blue-rayed limpets. 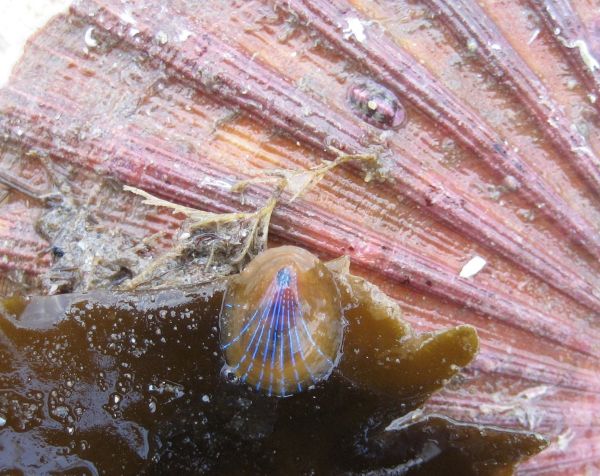 Ramsey Bay biodiversity: a blue-rayed limpet on kelp, on a live scallop shell with attached hydroid and a chiton in background

Such diversity again emphasises how complex food webs develop, with these more obvious inhabitants supporting species above and below them in the ‘pecking order’. For example, running along the coast of the rocky shore zone is another protected site; the Maughold Cliffs and Brooghs Area of Special Scientific Interest (ASSI) 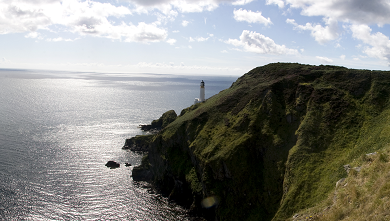 This ASSI also contains a wide diversity of plant and animal species, notably seabirds, including shags, cormorants, breeding puffins, fulmar, guillemot, black guillemot, razorbill and kittiwake. Grey seals are also common around this coast and use the inaccessible beaches at the bottom of cliffs for pupping.

The management capability to link protected marine sites, and their equivalent areas on land, enables these biological connections to develop and flourish, and helps provide the diverse, high quality and functional ecosystems that the island’s Biosphere is justifiably famous for. 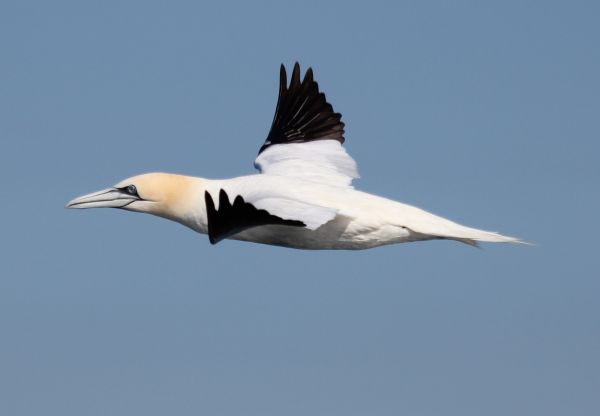 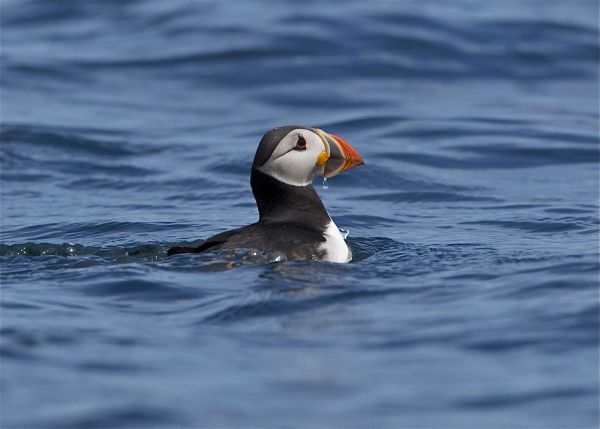