Across all its functions - from providing a kerbside collection service to digital purchase invoicing and converting the borough’s public street lighting to LED units - the Council is an active supporter of Biosphere’s ambition for a more sustainable future.

One of the pillars on which the Council’s corporate plan is founded is its pledge that Douglas be ‘a clean, green and safe place to live, work and visit’.

Central to delivering on the ‘green’ element is the Parks Service’s Ballaughton Nursery operation.

From its recycled green waste the nursery produces around 80 tonnes of peat-free compost in which some of the 80,000 bedding produced by the nursery are grown each year, thereby making the nursery a significantly reduced peat operation. 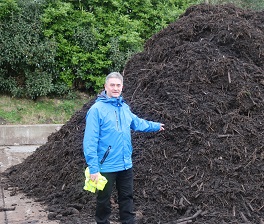 And, in 2017, the nursery installed underground storage tanks to harvest rain water – around 200,000 litres a year – to water the town’s hanging baskets and other floral installations. The rain water is also used to irrigate some of the nursery’s plant production.

Then, during the long hot summer of 2018 when a hosepipe ban was in operation, a partnership with the National Sports Centre and Manx Utilities saw the nursery salvage some 100,000 litres of brown water pumped out of the NSC’s pools ahead of refurbishment works.

The naturally de-chlorinated water, while not potable, was then stored in the underground and other surface-level tanks for watering plants and floral displays across the borough.

Another first for the Council came in 2016, when it became the first local authority to use renewable energy technology, replacing the nursery’s oil-fired heating system with an air source heat pump to heat the nursery’s greenhouses, an initiative which led to the Council winning the Most Innovative Project award in the public sector category of the 2016 Energy Awards.

Such was the thermal efficiency of the new system that some 5,000 geranium seedlings were planted several weeks earlier than in previous years.

It is not only green waste that the nursery recycles. In its workshop mythical and fairytale carvings are created out of fallen or damaged trees: two such are in Summerhill Glen: ‘The Wizard’ formed out of a beech tree and ‘The Fairy’, out of a pine tree.

In December 2019, the nursery launched a scheme to give away 2000 mountain ash tree whips, available to borough of Douglas residents and community groups. The initiative was in overall support of climate change reversal and, more specifically, the Council’s pollinator plan and the Isle of Man Government’s climate change action plan. 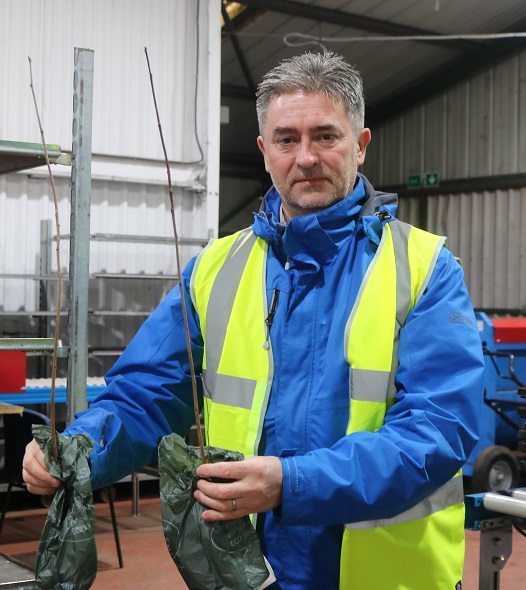 In addition, the Council recently began a new verge maintenance programme that will see the introduction of wildflowers and naturalised grassland in some roadside verges.

The efforts of the Parks Service and the nursery team have attracted recognition from environmental charity Keep Britain Tidy’s green flag award programme and APSE (Association of Public Service Excellence).

At its first submission, in 2013, the Council was awarded green flags for Noble’s Park and the Marine Gardens. In 2014 it received four flags, with the addition of Douglas golf course and Douglas Head. In 2015 the number rose to five when Hutchinson Square was added. In 2016 Douglas Borough Crematorium and Cemetery brought the tally to six, retained in 2017. One year later eight flags were awarded with the addition of Derby Square and Summerhill Glen and in 2019 the Kaye Memorial Garden brought the total to nine.

The Green Flag award scheme takes into account environmental, management and future planning policies along with community involvement. It is judged by more than 700 experts and is the benchmark national standard for parks and green spaces across the British Isles, Europe, Australia and New Zealand.

The Parks Service falls under the remit of the Regeneration and Community Committee whose Chair, Councillor Stephen Pitts, said: ‘The Council recognises that as a responsible local authority holding UNESCO Biosphere Isle of Man partner status it has a duty to do all it can in helping to halt and minimise the loss of biodiversity and protect the Island’s unique environment.

'That duty is central to our Corporate Plan which pledges to improve energy performance and harness renewable energy technology. Climate change is not only a global but also a community issue which the Council is committed to address. In this the Parks Service is playing a pivotal role.'