The Isle of Man Fungus Group conducted a survey to record unusual fungi found at the Ayres National Nature Reserve. Ayres Warden and Biodiversity Officer Louise Samson fills us in on the recent foray.

The Isle of Man Fungus Group conducted a survey to record unusual fungi found at the Ayres National Nature Reserve. Ayres Warden and Biodiversity Officer Louise Samson fills us in on the recent foray.

We only have a limited area of sand dune habitat on the Isle of Man, which is challenged by the extremes of droughts, floods, sea spray and storms. However, it boasts a unique array of fungi which have evolved to occupy this special environment.

During autumn, many fungus species come to our attention when they produce their spore-bearing structures in the form of toadstools, mushrooms, brackets, clubs, spindles, corals, cups, earthstars and puffballs.

Underground, the main body of the fungus, the mycorrhiza, have a very important role of distributing water and nutrients to the surrounding plants, holding the sand together and creating a stable environment for seedlings and soil-dwelling invertebrates to call home.

In October 2022, the Isle of Man Fungus Group (IOMFG) undertook scientific recording of these more unusual fungi. They were not disappointed and recorded several of the dune specialists as well as adding another brand new species to the Isle of Man list.

Since inception in 2012, the IOMFG has recorded more than 300 new species of fungus for the Isle of Man, many of which require a microscope and scientific keys to accurately identify the species correctly. All new fungi species for the Isle of Man are verified by expert mycologist, Nev Kilkenny, who is based in Scotland.

The new species recorded in October is the dune inkcap Coprinospsis ammophilae, a small black and white mushroom that grows in bare sand in newly formed dunes. 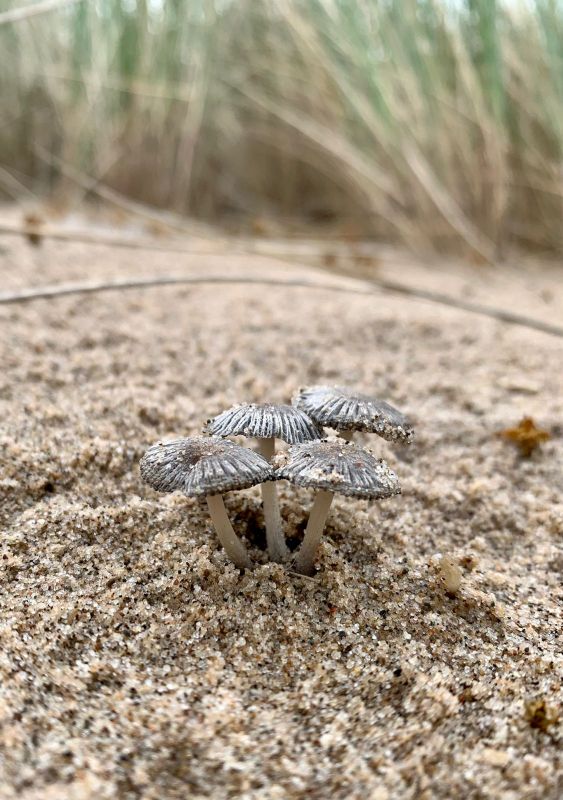 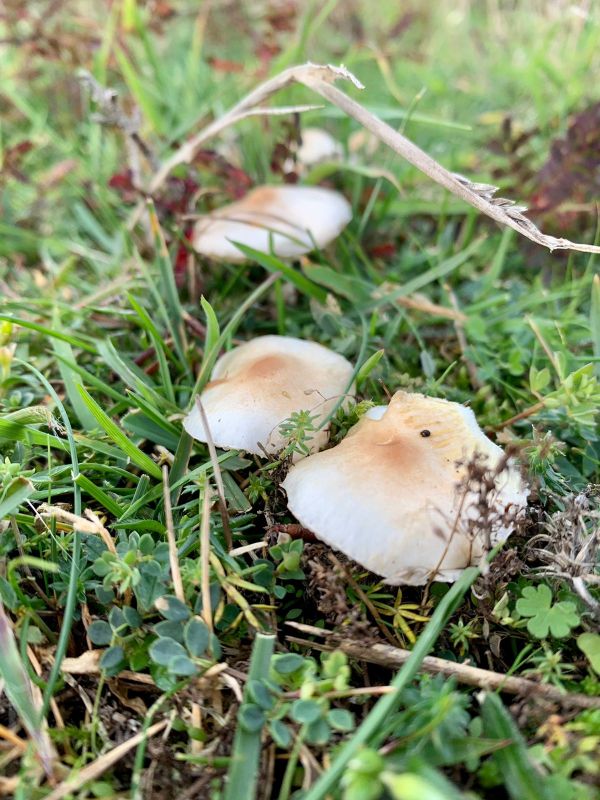 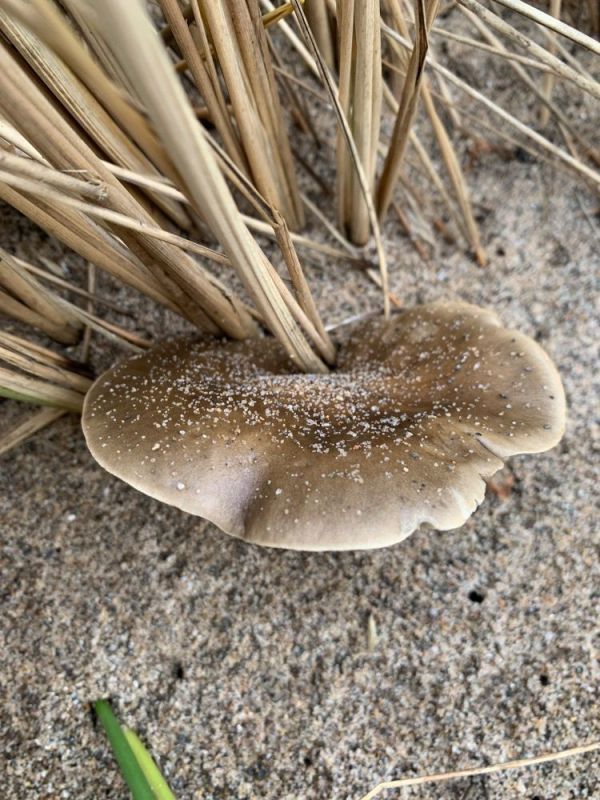 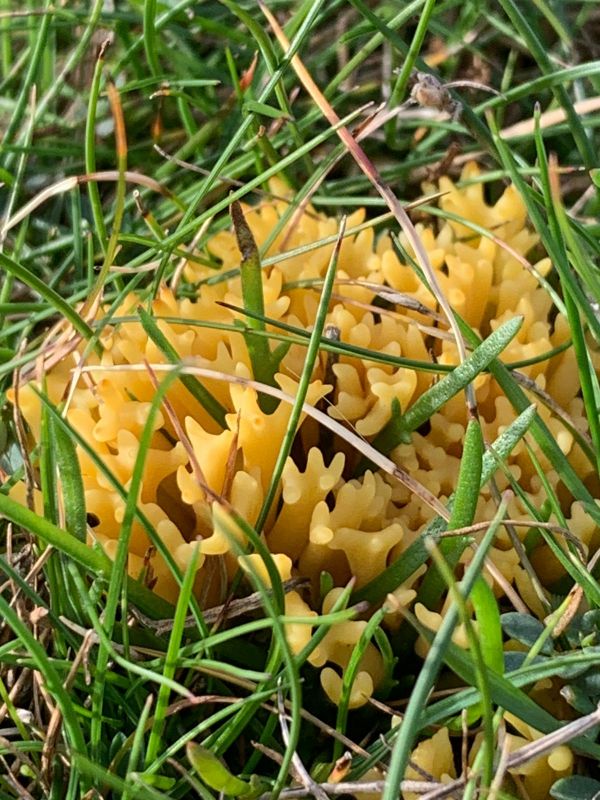 The dune cup Peziza ammophila is a brown cup fungi with a deeply serrated edge that emerges from bare sand is yet to be discovered on the Ayres NNR. There is plenty of suitable habitat for this species and so it won’t be long before someone, perhaps a member of the IOMFG, tracks it down and adds another new species to the Isle of Man list. 1300 people have joined the IOMFG Facebook page and often post photographs of interesting and sometimes new fungi, occasionally from the Ayres.

Fungi are a good indicator of the health of an ecosystem and the diverse list of rare and unusual fungi further demonstrates the site’s worthiness of the National Nature Reserve designation, as well as the importance of biological recording.

The NNR is a core area of our UNESCO Biosphere, a strictly protected zone that contributes to the conservation of landscapes, ecosystems, species and genetic variation.