Our #CloserToNature series of blogs aims to keep us connected with nature this spring while staying at home. Professor Peter Bridgewater, a former global director of UNESCO's Man and the Biosphere Programme, encourages us to look down, as well as up, when contemplating the importance of nature.

Our #CloserToNature series of blogs aims to keep us connected with nature this spring while staying at home. Professor Peter Bridgewater, a former global director of UNESCO's Man and the Biosphere Programme, and an Isle of Man resident, encourages us to look down, as well as up, when contemplating the importance nature:

When in nature we often look up to see the antics of birds, perhaps  ahead to look out over the sea or to drink in the Manx landscape, sometimes down to see an unusual insect, or admire the purples of the heather, or an orchid.

But what if we had X-ray vision with magnification? Imagine seeing the soil, teeming with fungal and invertebrate life, all helping the plant life above flourish, grow, flower and seed – and providing food for the rest of the above-ground biodiversity.

And all helping to draw down and fix carbon from the atmosphere, generating numerous benefits for us and all other species living on the surface above.

We have known for some time that the success of plants like heathers, bilberries etc relies on the support they receive from strands of fungal life (mycorrhizae), bringing them water and nutrients in the acidic, nutrient poor peats in which they live.

Similarly, most orchids, producing only the smallest of seeds, rely on early 'infection' by mycorrhizae in order to germination and successful grow into new plants.

Raising your normal eyes about ground many of these fungi can be detected by their often colourful, always interesting, fruiting bodies.

But not all - some never - effectively reproduce through above ground fruiting bodies, or if so, maybe through small and cryptic structures.

Some, especially the truffle group, have the fruiting body only underground.

Now, there is increasing evidence that mycorrhizal fungi play key roles in facilitating communication between trees and shrubs. Yes, you read that right!

There are many chemicals secreted by the roots of trees and shrub that attract fungi, which, in turn, through their own secretions, enable a more orchestrated response to water and nutrient stress between the plants they link.

So, what we often  feel is an inert substrate is maybe even more alive than the world in which we more consciously move (under normal circumstances).

But there is something else beneath our feet we really do forget – water!

Commonly we see water through rivers, swamps, ponds, and other sorts of wetlands. And we usually think of water as flowing in rivers. Yet groundwater is a key component of the earth beneath our feet. Water that falls and is absorbed by soils percolates through to streams that flow, seep and ooze to the exterior.

Usually slowly, but sometimes fast, such waters move through the layers of rock, typically coming to the surface where two different rock types intersect as springs, or soaks.

They are normally unseen and unknown, even emerging below sea level, producing freshwater eddies under the sea, which are foci for unusual sets of species.

Where springs and soaks surface there can be rich mixtures of plants and invertebrates – such as the orchids that thrive in mineral rich swamps. 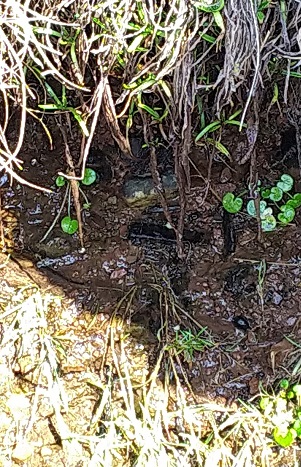 Where a soak is close to the sea (above) the flora can be a mix of plants that like freshwater, together with salt-tolerant plants from sea-spray mixing with the fresh water.

Very special soaks can be found on the lower cliffs of Peel Hill along West Quay, where calcareous-rich water allows the development of tufts of mosses (tufa). 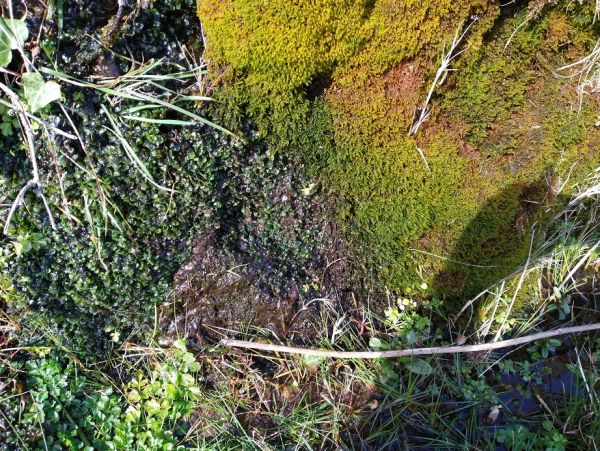 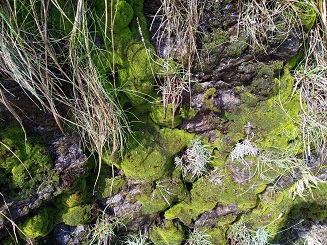 These areas, typically walked or driven past quickly en route to glimpse marine mammals or basking shark, are small precious parts of the Island’s nature.

They are a reminder that even small patches can house elements of Manx biodiversity that we need to think about and look after.

It's not just the big, colourful or charismatic animals. These small patches house a multitude of invertebrates including water bears or Tardigrades, capable of revival after complete desiccation.

And desiccation happens to these soaks if there is a period of dry and warm weather – yet the first rains restore the vitality of these fascinating spots. 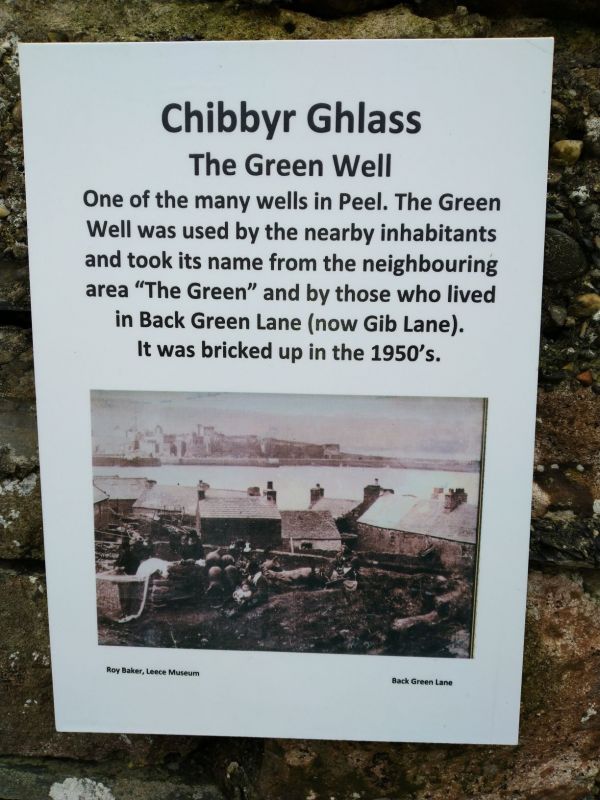 We no longer need wells to supply us with water but the above image shows the site, on Peel Headland, of one of the many formerly used wells that provided water for the Island’s population.

So when you go for your exercise and amble in our wonderful Biosphere Reserve: look up, look across, but think down, to what teams and flows beneath the cliff path, glen, field, urban park - or even road - on which you take your allocated walk.

Stay safe and well in these difficult times and, when it’s over, think more about the luck you have to live in a UNESCO Biosphere Reserve.