Biosphere Partner Chris Littler Webdesign has revisited a project documenting the businesses of Peel and those who run them, 10 years after he originally published it. He tells us about his work and the project.

Biosphere Partner Chris Littler Webdesign has revisited a project documenting the businesses of Peel and those who run them, 10 years after he originally published it. He tells us about his work and the project.

Tell us about your business?

My main business for the last 20 years has been website design, which I came to in a rather unusual way. Although I had interest in art and design at school, I entered a more traditional career in the civil service as an economist. In theory this met my need for purpose in my work, a desire to bring about some social benefit as I was working on the evaluation of UK Government programmes to reskill people looking for work. But in practice I could never see a direct benefit to my work, at the individual level at least, so I switched course to a more creative role in web design. 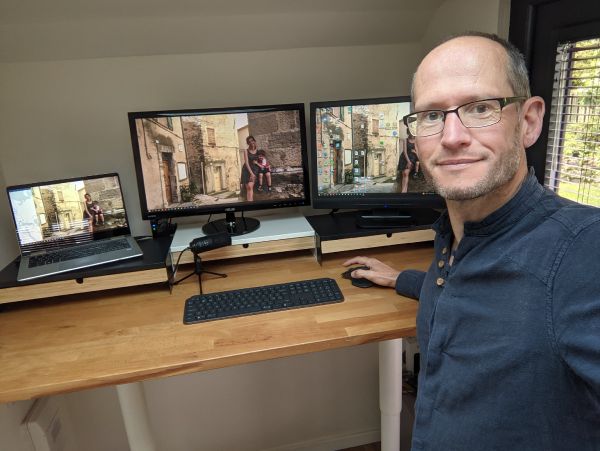 Although in the most part I was now working for private businesses, it was much easier to see the impact of my work.

In 2003 Peel became my new home, and I found immense satisfaction in working closely with small businesses and sole traders like myself in the same community, to provide them with an effective and value for money way of promoting and developing their business. Most self-employed people just want to make a decent living for themselves and their families, and to play a part in that is very rewarding.

I also enjoyed getting involved in my new local community by joining the committee of Peel Heritage Trust and giving it its first presence online with a website, and, later, through social media. I did the same for Peel Town Commissioners with a website that enabled it to more easily communicate with ratepayers, putting meeting minutes online, and promoting public services such as the library, campsite, and Leece Museum. Online access to these services is taken for granted now, but was in its infancy when I began this work 20 years ago.

How did the Peel photography project come about?

Photography began as a hobby and I developed a special interest in photographing people and street photography. This was one of the many factors that led to my idea to photograph all the shopkeepers in a town.

As part of my work for the Leece Museum, I had seen very old photographs of Peel shopkeepers standing proudly in front of their shops. These felt like important and iconic images, conveying a huge amount of information about life in the town through a simple image. But these images were also quite haphazard and lacking in information: who were the people, the location of the shops, dates, and how many shops were not photographed?

I had also seen modern-day projects that were much more comprehensive, such as londonshopfronts.com, but which lacked the societal dimension by not including the shop workers in the photographs.

I had quickly become part of the Peel community, and I felt a real sense of place and community in Peel. I wanted a project that would support and enhance this feeling of belonging. So all of these factors came together and it seemed obvious to me that what was needed was a project that would replicate the old images of shopkeepers outside their shop, but this time, it would be comprehensive and systematic. Everyone would be included (or have the chance to be), not just shops, but all businesses in the town that had some kind of shop front or signage, and civic organisations, too.

It would all take place in a single week, thus to capture life in a single time point. Names of the people photographed would be recorded, and numbers and roles of staff too. And the results would all be made accessible through a website that, of course, I would build. Longer term, the images would be deposited in the Manx Museum collection.

How did you carry out the project?

I needed some support for the project, both financial, and to give me an independent perspective. Peel was the town I knew best and where I had the most contacts, so it was the obvious starting point.

Peel Heritage Trust loved the idea, but was a little sceptical it would work. People would not necessarily want to pose for photographs and I needed to demonstrate the idea was viable. I set off down Michael Street explaining my proposal and asking the question, would you pose for a photograph? After a half dozen or so shops, I started to feel embarrassed asking the question because the answer was always a resounding ‘yes’. Sometimes with a little shyness or hesitancy, but people recognised the importance of the project.

I approached Culture Vannin too, (in those days the Manx Heritage Foundation), where Charles Guard could not have been more enthusiastic for the project. He wanted us to do the whole Island, not just Peel, but it was Peel, in the summer 2011, where the project began. 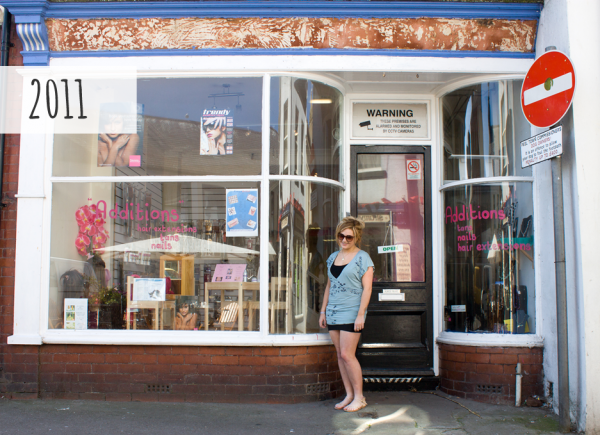 To minimise the costs, the work needed to be very focused, and spontaneous in the sense that it would be impractical to contact all the businesses in advance and to arrange an appointment to be photographed. There was a little pre-publicity in the press but, for many people, the first they knew about the project was when I entered their premises and asked them to stop what they were doing and stand outside for a photograph. For me, this also had the benefit that I was capturing a more-real view of working life, not one that had been prepared in advance.

I had to work with whatever weather arose and with whichever businesses were open at the time. Bright sunshine all week did cast some shadows that were difficult to handle in the photography, but it all added to the authenticity of the project.

The results were successful, and I went on to repeat the projects in Laxey and Port Erin in 2012 and in Port St Mary in 2013. I was disappointed not to be able to secure funding for Ramsey, Castletown, Onchan and Douglas to complete the vision of photographing the whole Island.

The project is a great social history archive for our Biosphere. How important is that?

I knew the project would be of immediate interest to the Peel community. It is a key objective for the Isle of Man Biosphere to ‘celebrate and contribute to our sense of place’, also to ‘celebrate, promote and help people access our heritage and culture, past and present’. It is precisely these objectives that the project achieves and that I was so keen to bring about.

Furthermore, my feeling was that the project would only become more interesting given the passage of time. Ten years on, the photographs may no longer be of shops that are part of our weekly routine, but become shops you used to visit. They become new businesses, shops that have changed to meet new demands, shops whose buildings have been demolished, or simply shops that have new workers or new owners.

In 50 years, almost all the current shops will have been replaced. In 100 years there may not even be a high street as we know it today.

So there was always an idea to repeat the project as a way of beginning to systematically document these changes over time. Ten years on seemed a good time to start this. A quick glance around town revealed there had been significant changes over the decade.

Culture Vannin and Peel Heritage Trust were again on board, Peel Commissioners, and a new face on Michael Street, the law firm Corlett Bolton and Co, also saw the benefits of the project, and it was repeated in the autumn of 2021. 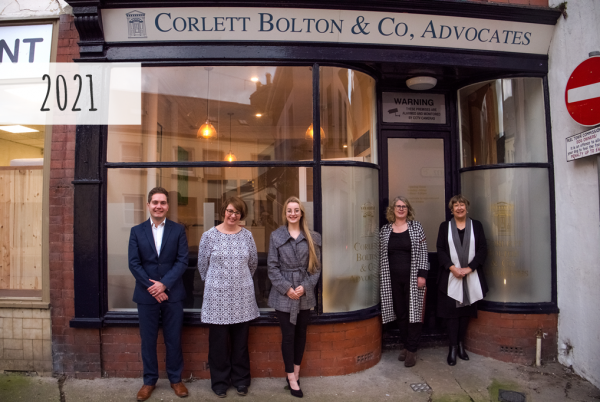 This time around we grouped the projects under a single umbrella of Manxshopfronts.com in order to save on the website costs and increase visibility of the project. Please visit this site to see the 10-year comparisons for Peel businesses.

Is the project going to be repeated anywhere else?

Discussions are currently under way to secure funding to repeat the projects in Laxey and Port Erin later this year, and I’d like to repeat Port St Mary next year, too.

It would be fantastic if we could repeat the projects every 10 years, so that the archive can become a truly important record of social history. And, with this in mind, it’s not too late for the towns and villages that missed out last time around to get involved.

I’d love to now extend the project to cover Castletown, Ramsey, Onchan and (with a little trepidation), Douglas, which really would be a big project, and I’d love to hear from people who may be able to help in supporting new projects in those places.