Manx Wildlife Trust (MWT) is keen to work more closely with a range of organisations and groups across the Isle of Man to champion conservation and look at ways in which wildlife and the environment can be enhanced. The charity explains:

This month, MWT signed a Memorandum of Understanding (MoU) with two key organisations: the Manx National Farmers’ Union (Manx NFU) and Manx Whale and Dolphin Watch (MWDW). The documents represent a commitment between MWT and partner organisations to work together towards common aims.

The Isle of Man has deep roots into farming, which has been a big part of Island life for hundreds of years.

The Island covers 141,440 acres, of which 88%, a huge percentage of the Island, is utilised for agriculture.

Within this, the Isle of Man hosts a range of different habitats, from upland to lowland, a mix of grassland pasture and heather moorland, bogs and fens, not forgetting the vast lengths of hedgerow that often border many of the Island’s fields.

These habitats host a diverse range of Manx flora and fauna, some of which are rare in other parts of the British Isles. Clearly this represents a hugely important opportunity for wildlife conservation in the Isle of Man.

MWT and the Manx NFU aim, through the MoU, to work together in matters of the Island’s environment and wildlife conservation, championing local produce, highlighting the importance of countryside education in schools and promoting sustainable farming practices.

Leigh Morris, CEO of MWT, said at the signing with Manx NFU at Close Sartfield: ‘This is a real opportunity for the Island, for conservation and farming to come together and do more for 88% of our land.’ 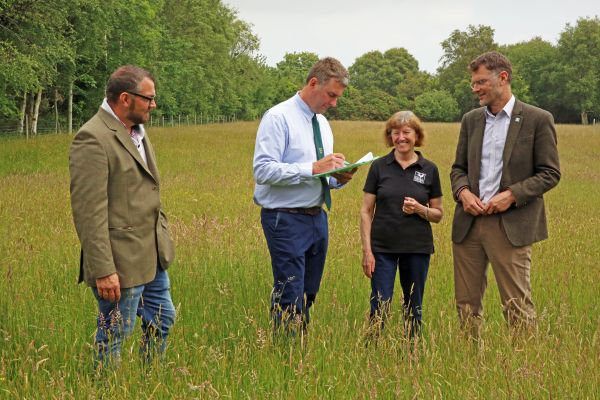 He continued: ‘Clearly there are going to be situations where we don’t agree and it’s important that this MoU recognises that. But pragmatically, and for the greater good of the Island - particularly under the Biosphere status, it’s important for us to be able to work together more closely.’

As an Island nation, the Isle of Man has a host of marine species that visit our seas throughout the year.

The most recognisable of these are the cetaceans and, throughout the spring and summer months, many dolphins, whales and porpoises are seen all around the Island’s coast.

MWT and MWDW, through the MoU, aim to collaborate and work closely in the areas of marine conservation and through education and engagement with the marine environment.

Citizen science is a big part of monitoring these magnificent species and both organisations will work together on the collection of data for marine megafauna while also helping to achieve the goals of the Isle of Man Biosphere.

Leigh commented during the signing of the MoU with MWDW at their visitor centre in Peel: ‘The marine environment is a key part of our remit so we’re delighted to be working even more closely with MWDW. 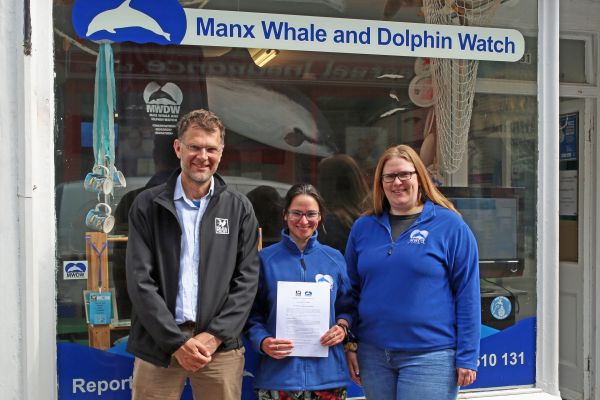 Leigh Morris, CEO, MWT, and Bryony Manley and Jen Adams of Manx Whale and Dolphin Watch, with their MoU

‘At MWT we want to support other more specialist conservation NGO’s on Island to enable them to deliver the best possible outcome for wildlife.’

MWT is keen to work more closely with organisations across the Isle of Man to champion conservation and look at ways in which wildlife and the environment can support other sectors through a more synergistic approach.