Explore the Isle of Man's 10 Marine Nature Reserves on #MarineMondays. This week, Dr Peter Duncan, Senior Marine Environment Officer for the Isle of Man Government, tells of seasquirts, sponges and glamorous slugs as we weigh anchor in Douglas Bay.

Explore the Isle of Man's 10 Marine Nature Reserves on #MarineMondays. This week, Dr Peter Duncan, Senior Marine Environment Officer for the Isle of Man Government, tells of seasquirts, sponges and glamorous slugs as we weigh anchor in Douglas Bay:

Douglas Bay MNR (Kemmyrk Bea-Varrey Baie Ghoolish) was established as a Fisheries Closed Area in 2008 as a result of an agreement between the fishing industry and government to help boost scallop larval production and settlement around the Island.

The principle had been established earlier in Port Erin Bay, but other sites were considered desirable to ensure better larval-production protection and longer-term benefit to the fisheries.

To inform this process, Bangor University undertook some particle-tracking modelling, which essentially worked out where ‘particles’ (in this case, larval scallops), came from and where they ended up. See here.

This showed that Douglas Bay had the potential to ‘seed’ much of the south and east of the island, and so the new closed area restricted activities that could reduce adult scallop populations, such as mobile fishing gear and collection of scallops, although the bay continues to support commercial pot fisheries for lobster and crab. 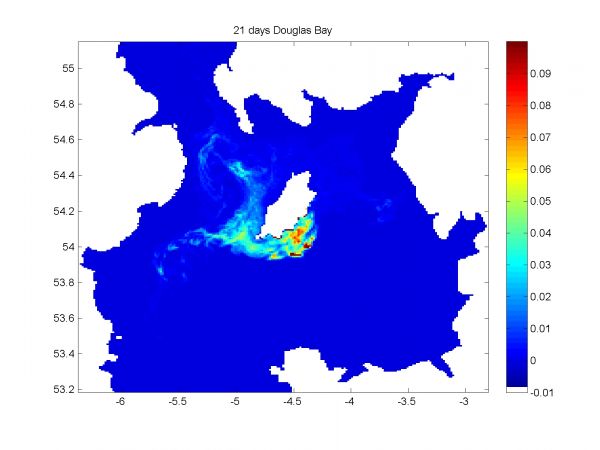 Results of a particle tracking model showing where larvae are likely to reach 21 days after release from Douglas Bay. More colour indicates higher likelihood of settlement

With restrictions on bottom towed gear in place the opportunity for seabed recovery could also occur and although routine monitoring doesn’t happen in Douglas Bay, an exciting glimpse of this process came to light in early 2018. Claire Lambden, a Bangor University student at the time, but now working for Orkney Sustainable Fisheries, noticed some unusual nudibranchs (rather glamorous seaslugs) in video footage taken in 2016. Yes, it often takes that long for data to be processed and turned into something useful, and it usually requires student help.

Identification by a regional expert indicated the species was Cumanotus beaumonti and other images showed its egg masses, along with their favoured food – a solitary, stalked hydroid called Corymorpha nutans. 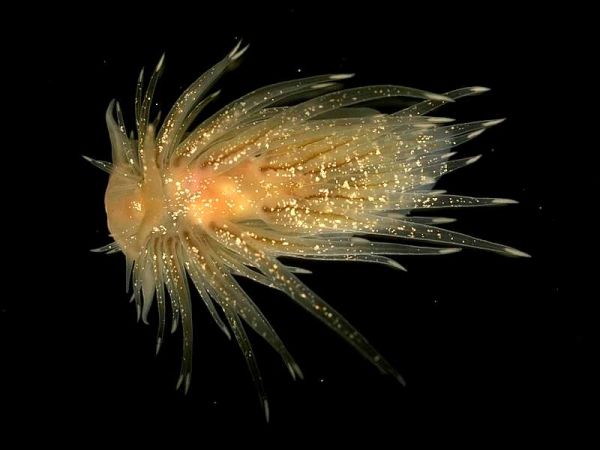 Now all of this was exciting because, C. beaumonti is a pretty rare beast, only recorded from Northern Ireland, Scotland and Norway – and now the Isle of Man.

The fact that it’s also breeding is another important finding, and presumably relates to its fairly abundant food supply.

The nudibranch eats the nodding hydroid, a type of hydrozoan, which is a beautiful, delicate creature, that looks like a stalked anemone, and while related, it’s actually a different group and closer to the Portuguese Man ’o War (which is a type of colonial and motile hydrozoan). What does seem clear is that such delicate organisms could not survive in these numbers on a seabed that was being regularly dredged or trawled, so we can chalk that one up to the protected area status.

But Douglas Bay is not all about soft seabeds, as it contains a wide range of gravel, rocky and kelp forest habitats. The rocky outcrops are particularly striking with vivid orange and yellow hedgehog sponges and urchins, and maerl, a pink/red coralline algae is common, which is an important supporting habitat in its own right. 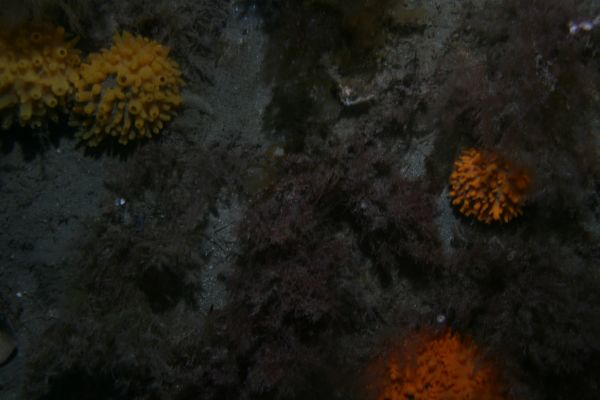 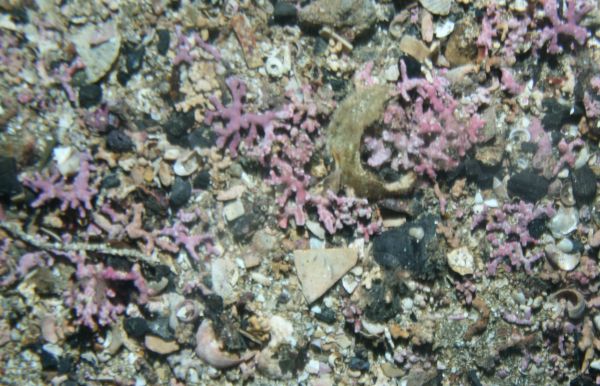 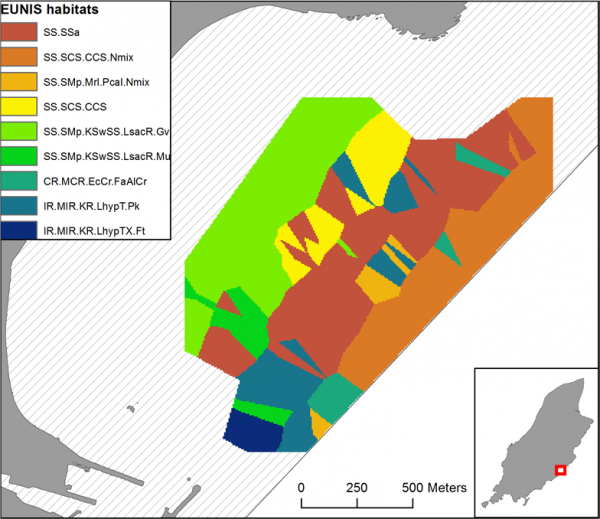 Habitat diversity is one of the factors that promotes biological diversity, and Douglas Bay MNR is no exception; complex food chains of multiple trophic, or feeding, levels exist here, as evidenced by the previous invertebrate example, and the autumnal spectacle of inshore herring attracting spurdogs and minke whales.

Craig Whalley has taken some great video footage of these events in recent years. Have a look here and prepare to be amazed:

And for me a few years ago, a survey trip on the Government's fisheries protection vessel Barrule ended especially memorably coming back into Douglas Bay, as a couple of herring-feeding minke whales spent 30 minutes around the boat. Think of that: minke whales just off the promenade. 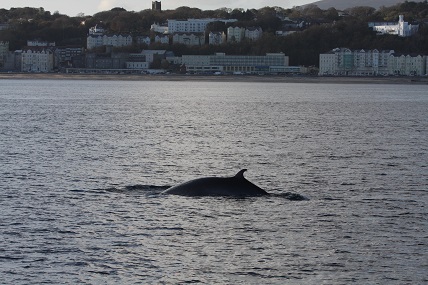 The unusual sight of Minkes in Douglas bay

So, make a point of having a look around Douglas Head (Marine Drive) or Onchan Head between May and October for our larger marine beasties.

Since 2018, Douglas Bay has been designated a Marine Nature Reserve, the highest level of protection afforded marine habitats by the Wildlife Act 1990.

This provides important protection for the area and its biodiversity, while also enabling lower impact human activities to continue. However, as the Island’s busiest port, and sitting off the Island’s largest town, the area remains potentially vulnerable to the cumulative effects of small, everyday impacts, as well as potential marine pollution accidents or the gradual development of our shore activities.

To this end, the bay’s MNR designation, and its core marine Biosphere status are important, as they help ensure the best possible protection and consideration of the area. That said, it's also the case that we, as a Biosphere community, need to be both aware and vigilant in protecting our special marine places.

For example, one of our most committed rock-poolers recently reported a potential invasive species in Douglas Bay – the dreaded carpet seasquirt (Didemnum vexillum), which has caused so many marine infrastructure problems and expense around the world. Subsequent sampling and identification by experts indicated that it was in fact a sponge, rather than a colonial seasquirt, but the similarities were striking. 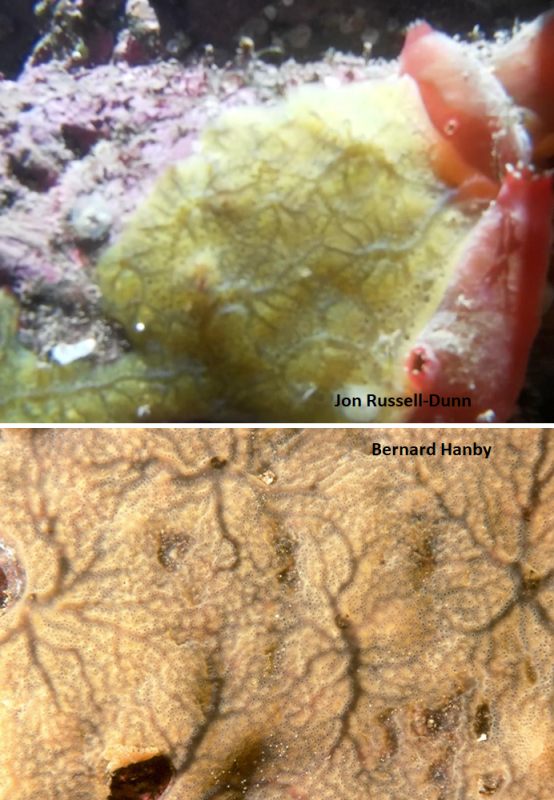 The actual point being, that it might have been the dreaded invasive, and a sharp-eyed observer, who actively engages in the local marine environment was sufficiently aware to report it for investigation.

So, as with previous postings, I'll end by encouraging you to make the most of your local MNR, find out more about it and help keep it clean, healthy and thriving.

To find out more about Douglas Bay MNR, go to the following links which provide an information leaflet and an activity ‘spotter sheet’.

To find our more about the Isle of Man's Marine Nature Reserves, click here.