Bats and their babies

In the second in a seasonal series of articles about bats by the Manx Bat Group, Nick Pinder tells us about bats the animals' breeding habits and what goes on in their roosts:

In the second in a seasonal series of articles about bats by the Manx Bat Group, Nick Pinder tells us about bats the animals' breeding habits and what goes on in their roosts:

In April’s article, Lydia Riddell explained how bats were emerging from hibernation and beginning to seek out roosts in which to spend the summer.

These communal roosts are called maternity roosts for the simple reason that, for most bat species, they are made up almost exclusively of females which go on to have their babies and rear them to independence.

Such roosts are in warm, dry, draught-free locations, Modern buildings are ideal, even though bats must originally have evolved using more natural sites such as tree cavities and caves.

Different bat species have distinct preferences for their roost sites, with Pipistrelles choosing gaps underneath slates, Myotis bats preferring cracks in masonry and timber joints and Long-eared bats hanging from the ridge beams in the warmth of a roof apex.

'Bats in the belfry' is a bit of a misnomer as belfries are often quite light and draughty. 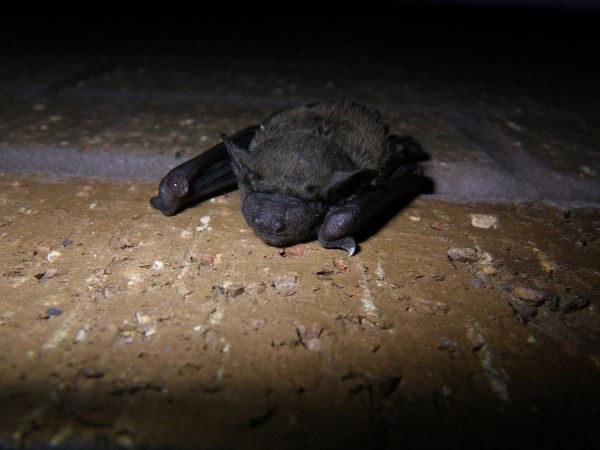 We think bats collect together in this way to rear their babies to benefit from the extra warmth a cluster of warm, furry, bodies can generate, because bats are mammals and must maintain their own body warmth, as must the babies when mum is out hunting for insects.

The mother bats will return once or twice during the night to suckle their babies before setting down to sleep with them through the day. Bat milk is quite rich and in six to eight weeks the babies which will have been born in June, are ready to take their first flight outside.

During August, watching bats emerge from a roost of an evening can be quite a dramatic and exciting event but even more so to watch them return in the early morning when a cloud of bats will swirl round and round before individuals peel off and enter the roost.

Such roosts can be of long-standing and the earliest bat record for the Isle of Man is of a brown long-eared bat shot (that’s how they used to collect wildlife records in those days) at St Bridget’s Church in Bride in 1885. The bats are still there and still at many places of worship around the Island.

All such roosts are protected on the island, even ones in private properties, and If you have bats in your property and you intend to do works which might affect them, you should contact the Ecosystem Policy Team for advice, via ecopolicy@gov.im, or the Manx Bat Group.

The Manx Bat Group monitors as many roosts as it can and undertakes regular roost counts, as well other surveys of bats. Anyone interested in learning more about these fascinating animals is welcome to participate in any of the Manx Bat Group’s many events during the year.

Next time, we will talk about the fascinating topic of bat swarming behaviour and mate selection.