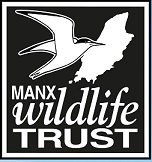 Wild places on the Isle of Man are home to a fascinating variety of wildlife but they are becoming smaller, more isolated, more polluted and more disturbed, largely as a result of human activity – they are becoming less wild and less able to support their dependent plants and animals. Some sites, such as MWT’s 24 nature reserves and the Island's 21 Areas of Special Scientific Interest (ASSIs) - just 4.5% of the Isle of Man’s land area – are being protected, but even these face challenges to their long-term survival. Many other wild areas are in stark decline and have been for decades including ponds (dubs) and the Ballaugh Curraghs wetlands which have reduced by a third since the 1990s.

Wild places also provide services on which human life depends, but we are diminishing their ability to support us. From soils, carbon storage, nutrient cycling, water purification and regulation to life enhancing recreational activities, a healthy natural world is vital to our survival.

The issues facing our natural world are many and varied and this can make it difficult for people to understand them and take appropriate action. The natural environment may not always feature highly enough in decision making especially where economic considerations are valued more than ecological ones. However, we believe that people do care about the natural world and we want to build on this during our Wilder Future campaign.

We are aiming to: