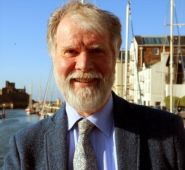 Before I moved to the Island, I used to take my dog out every morning around a local lake prior to going to work.

The lake was actually a man-made one and was part of the landscaping of what had been until recently an open-cast coal mine.

It was all relatively green but it was easy to tell that the whole area was artificially created. There wasn’t much top soil so the trees and shrubs didn’t grow too well, and, because there were no streams feeding the lake, it tended to dry up in summer.

Worse still, the large population of non-native Canada Geese polluted the water so that in hot weather poisonous algae would often breed.

The South Lancashire coalfield had brought prosperity to the area for over two hundred years but the legacy of human intervention in the landscape was dramatic and often far from positive.

Living now in Castletown, by the sea, couldn’t be more different. Sure, it’s noisy when the tide is high and strong Easterly winds can cut through even the warmest clothing. But there’s absolutely no doubt that human intervention in the Manx landscape has been less severe than the Industrial North-West of England.

The dog and I now walk alongside the Silverburn River and round the park and over the railway lines.

Yes - these are all human interventions. The river bank has been heavily lined with stone and its levels raised to provide water for many mills over the centuries and culminating with the Golden Meadow Mill. The park is landscaped. The railway is an industrial feature with cuttings, embankments and bridges. And of course the view is dominated by Castle Rushen to one side and we are often interrupted by a plane landing at Ronaldsway.

But it all seems to work in harmony – which is the point of the Biosphere.

There is a wide range of wildfowl we share our walk with and I’m beginning to recognise the many different species of ducks and geese. The nesting herons tolerate us and the dog doesn’t mind stopping when we see a white Egret or an occasional black swan.

The relationship here between humans and their environment has the potential to be sustainable.

I already feel it – but the Biosphere award is an external recognition that what we have here is special. It also places a responsibility on us all to keep it that way.

That’s at a personal level as well as a community and government duty.

It’s not just about picking up litter but also responding to consultations on planning, and going out to vote for people who make a difference.

Most of all, its recognising that we only enjoy our environment and landscape for a short period of time before we pass it on to our children. It is a truism but it’s worth repeating. We owe it to future generations to pass on the landscape in a better condition than we inherited it.