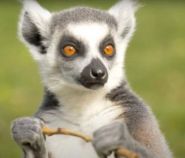 Bringing the Zoo to You

The warm spring weather would normally have led to an influx of visitors to the Curraghs Wildlife Park. During closure, park staff teamed up with ex-BBC journalist Mark Edwards from the Cabinet Office Communications Team to show animals' and keepers' activity. Mark explains:

There is no better way to promote wellbeing than connecting people with nature and the great outdoors.

Ordinarily, during such a glorious spring, the Curraghs Wildlife Park would be packed with visitors catching up with their favourite animals, birds, reptiles and insects and enjoying the family-friendly facilities and new cafe.

Our Bring the Zoo to You campaign was designed to boost wellbeing at a time when people were asked to remain at home to save lives.

We were also keen to make each short film educational so children could learn about different species and the vital conservation work being undertaken at the park. With children being educated at home we hoped this would be a boost for parents and children alike.

With the keepers on board, we set about making the films about some of our most popular 'residents', which were released on consecutive days during Easter. These included legendary red panda Kush.

We also captured rare drone footage of the area, which is sited at an important RAMSAR wetland habitat and Area of Special Scientific Interest.

The project has enjoyed great success with more than 40,000 views to date.

You can see the films by following these links:

Of course, the animals and keepers look forward to seeing you again in person when restrictions ease and the park can reopen.