Explore the Isle of Man's 10 Marine Nature Reserves (MNRs) on #MarineMondays. This week, Dr Peter Duncan, Senior Marine Environment Officer for the Isle of Man Government, tells us about the purple heart urchin, masked crab and other creatures lurking in Laxey Bay.

Explore the Isle of Man's 10 Marine Nature Reserves (MNRs) on  #MarineMondays. This week, Dr Peter Duncan, Senior Marine Environment Officer for the Isle of Man Government, tells us about the purple heart urchin, masked crab and other creatures lurking in Laxey Bay:

Laxey Bay Marine Nature Reserve, or Kemmyrk Bea-Varrey Baie Laksey, is another of the smaller MNRs within an embayment, and covers around 4km2.

This MNR is also another that started out as a scallop fisheries-based experiment, although this time it was for seabed ranching aquaculture rather than as a larval-supply area.

As with all long-term closed areas, it even had its own legislation, the Sea-fisheries (Scallop Ranching) (Restricted Area) Bye-laws 2009, which prevented any kind of scallop fishing in the bay.

The reason behind this was to protect the 100,000 x 50mm, individually-tagged, juvenile scallops imported from Ireland that were released onto the seabed in order to determine if ranching was a viable option for developing future fishery options for the Island. 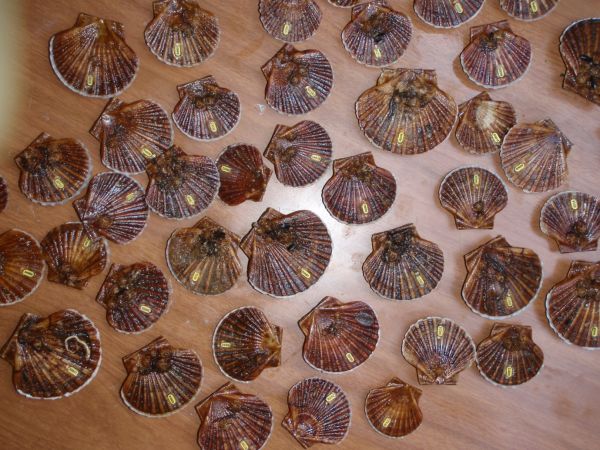 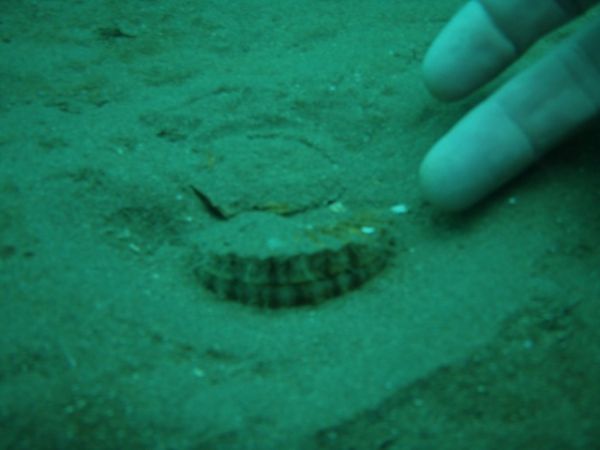 Subsequent surveys of the two release sites showed that the scallops had survived and grown, with relatively high densities in some areas and it’s still possible to find some of the original Irish scallops, as their growth rings show a distinctly different early growth pattern compared to local Manxies.

However, the project largely fizzled out in 2014, and the bay essentially became another scallop larval production refuge.

Over time, almost all the bays around the Island have had restrictions on scallop fishing introduced, partly for the beneficial larval-supply purpose, but also perhaps a general trend for larger-scale fishing activity to move away from inshore, more ‘residential’ areas, as both fishing trends and public perceptions have changed.

As such, Laxey Bay remained a scallop closed area until the MNRs were formally designated in 2018.

The name Laxey, or Laksaa, derives from the Norse word for salmon, lax, so maybe it’s time I mentioned the biodiversity connections between the sea and inland waters, which of course are important when it comes to conservation, since so much of what we do on land and in rivers affect the receiving marine environment.

Whether its suspended sediment, nutrient or pollutant-containing runoff, plastic rubbish, or simple barriers to migration, it's important to consider whole catchment management, especially since we live on a hilly, wet Island and pretty much everything ends up in the sea.

But aquatic traffic isn't just one way, since a few fish, notably Atlantic salmon and sea trout, enter Manx rivers to breed, while European eels go in the opposite direction.

Although its the Laxey River itself that empties into Laxey Bay, it splits upstream near the Woollen Mill into the Laxey and the Glen Roy, and its actually the latter that runs through Laxey Glen and has historically been the superior salmon river, due to better water quality and upstream spawning ground accessibility.

The 2020 annual survey of juvenile salmon conducted by DEFA Fisheries showed good numbers of salmon fry in Laxey Glen, indicating improved reproduction in the upper reaches and leading to hopeful expectation of improved runs of adult salmon in future. 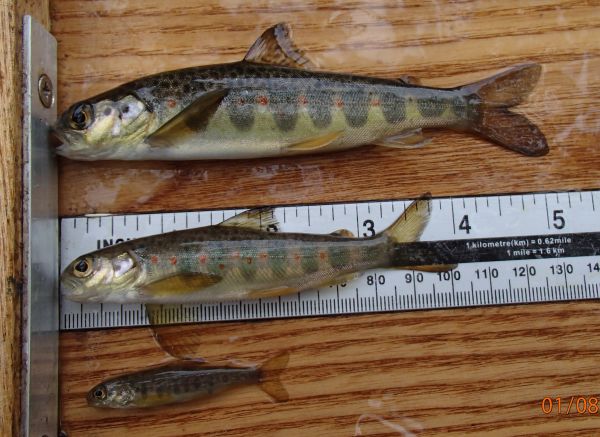 Meanwhile out in the bay itself, where the lascivious salmonids lurk before their upstream journey, there is in fact an abundance of other interesting life, typically associated with the predominantly sandy seabed.

From a plant perspective, Laxey Bay hosts one of the Island’s four eelgrass beds, and therefore the MNR has a specific conservation zone in the southern part of the bay off Garwick, where things like boat anchoring and pot fishing are restricted. 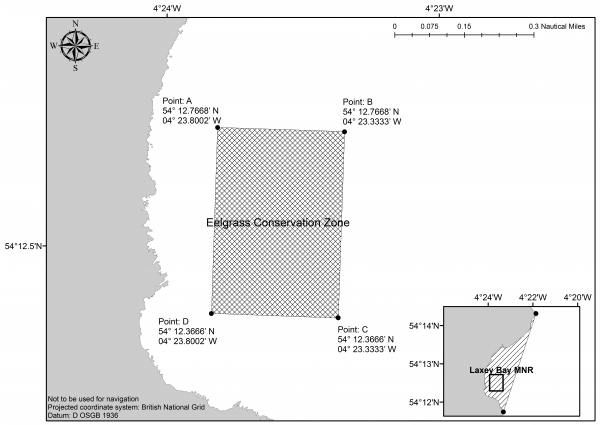 Although not a particularly dense bed in Laxey Bay, eelgrass is an important habitat providing a protective nursery for other species, as well as being a key habitat for marine carbon capture, the so-called ‘blue carbon’ resource. Part of the eelgrass’ capacity for this lies hidden beneath the sand surface in the network of branching rhizomes, which also helps stabilise the sediments and reduce erosion effects.

Also buried under the Laxey sand is one of the Island’s grand old inhabitants – the Iceland clam (Arctica islandica), which is considered to be the world’s oldest longest-lived animal – (see also Niarbyl Bay MNR #MarineMondays).

Our clams may not be the oldest, but they are present in most of our MNRs and Laxey Bay seems to have a good population.

More information on how to age a clam, and its relevance to reconstructing historic marine environmental conditions, can be found here. 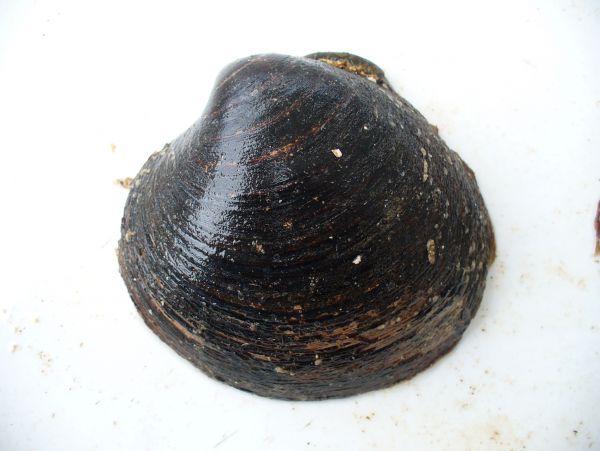 The Convention for the Protection of the Marine Environment of the North-East Atlantic, or OSPAR for short, rather depressingly lists all of the previous species; Atlantic salmon, European eel, eel grass and Iceland clams as regionally threatened/declining habitats and species - see here - and so we are lucky here on the Island to count them as Manx residents, along with the means of helping to protect them.

Importantly, the Isle of Man is actually a signatory to the OSPAR convention, extended via the UK, and you can see all of our MNRs, as well as the regional marine protected area (MPA) network via the interactive mapping tool on the OSPAR site.

A few of my own personal favourite beasties in Laxey Bay are again three sand-loving species; firstly the rather pretty and neatest of all starfishes, the sand seastar. So why is it called Astropecten irregularis? 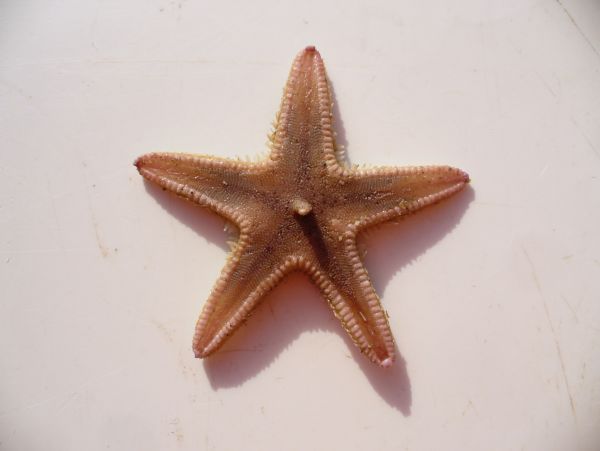 Next is the related echinoderm, the purple heart urchin, with the wonderful scientific name of Spatangus purpureus.

I’m not sure if this species was historically wounded in battle, but nevertheless it's still a special sight when the sampling gear delivers its delicate spines and test (shell) intact onto the deck. 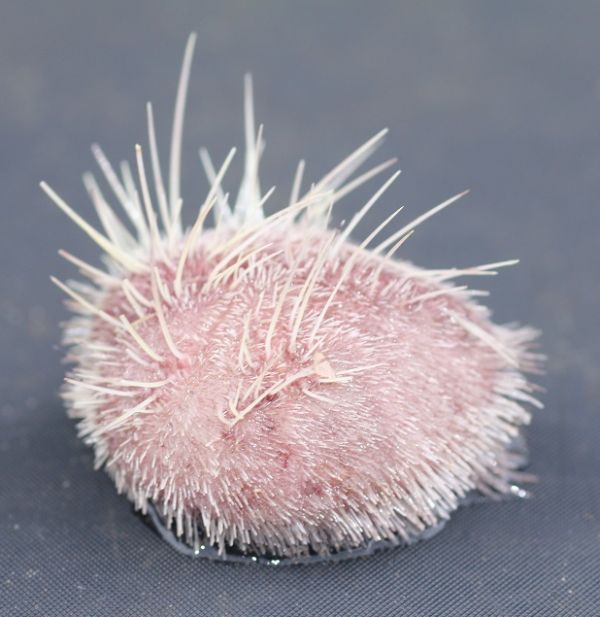 And finally, the industrially mechanical-looking masked crab, Corystes cassivelaunus. Why do the sandy species have all the best names? The ‘masked’ part is supposed to relate to the pattern on the shell that looks a bit like a masked human face, although I think this one looks more feline than human. 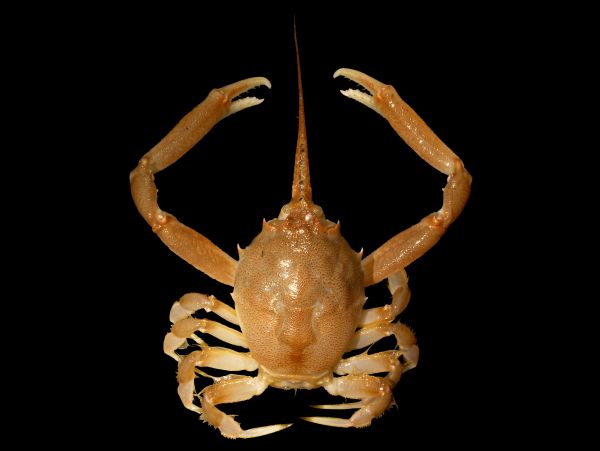 I’ll end this week with another special sight that lucky and patient observers can fairly often see off Laxey and the east coast: the Cardigan Bay bottlenose dolphins.

Based on photo-identification research, it appears that this pod frequently move between the Isle of Man and the Welsh coast, most often during winter, when groups of 20 dolphins, and sometimes as many as 100, can be observed.

For more information on local cetaceans and sightings go to the Manx Whale and Dolphin Watch website.

This example is additional evidence of the biological linkages between quite distant sea areas, and important justification of the need for the regional network of marine protected areas (MPAs) supported by OSPAR, and the Isle of Man. 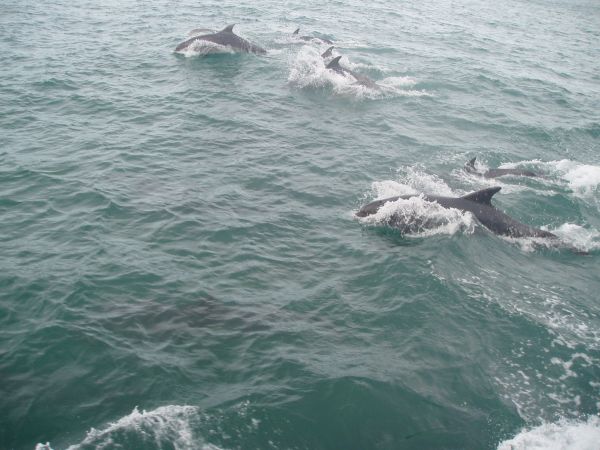