Isle of Man Astronomer Howard Parkin this month published his first book, Space for Dark Skies. He tells us about it, and why the Isle of Man is such a special place for observing the night sky.

Isle of Man astronomer Howard Parkin this month published his first book, Space for Dark Skies. He tells us about it, and why the Isle of Man is such a special place for observing the night sky:

In these days of global consciousness and an acute awareness of the fragility of the Earth's biosphere, it is gratifying to live on the Isle of Man, which was recognised as a UNESCO Biosphere Reserve in 2016.

Many attribute the recognition of environmental awareness to the iconic pictures of the Earth taken from space during the Apollo moon missions.

In the Isle of Man, this awareness of our outstanding natural environment encompasses our unique culture, beautiful landscape, and maritime environment and also covers the wonders and clarity of our stunning Manx night skies.

It has been scientifically accepted for many years that the quality of life in any area of the Earth is affected by many factors. Air quality, landscape, natural environment, animal and plant habitats and community interaction. To this comprehensive list can be added the features and phenomena of the night sky.

This prestigious award is only granted to areas that, from an astronomical perspective, you can see the Milky Way clearly on dark, clear moonless nights. 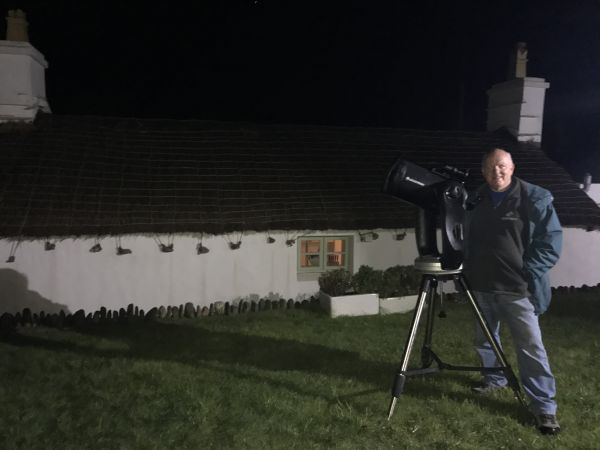 The Milky Way is known on the Island in Manx Gaelic as Raad Mooar Ree Gorry or the Great Way of King Orry. This commemorates the landing of King Orry in the late 11th century.

All of the site landowners readily gave full support for the applications, and NASA astronaut Nicole Stott, wife of Manxman Chris, supported with application with the following quote:

‘I tried on many occasions to identify the Isle of Man from orbit, but I had great difficulty because it is so dark. I eventually captured an image and it shows how wonderful the night skies in the Island are. The Manx skies are fantastic for astronomy - great from above, on board the ISS and from below, on the Island.’

In 2014, a further application was successfully made for a further 19 sites which made the Isle of Man an area with 26 Dark Sky Discovery sites. As a result, the Isle of Man now been formally acknowledged as having a higher concentration of Dark Sky sites than any other area in not just the British Isles, but in Europe.

Inspired by the space race in the 1960s, I have been an enthusiastic astronomer since a child and I regularly give talks to local schools and public lectures at the Manx Museum and other locations throughout the Island and on cruise ships throughout the world.

The best chances to see the Aurora Borealis is normally around February to March, or September to October, but it can be seen outside these dates.

From not just the dark sky sites, Manx stargazers can see some amazing sights in our night skies.

With the naked eye, you can clearly see the Milky Way, a sight often unseen on the adjacent Isles. And you can see the Orion Nebula - some 1500 light years away, and the Milky Way’s companion galaxy the Great Andromeda Galaxy, the light from which has been on its way to us for about 2.5 million years.

The best equipment for stargazing is the naked eye. Just look up and marvel at the sights. However, with the aid of binoculars or a telescope, our Manx night skies can be quite spectacular.

As you look at the stars in the night sky you will notice that some of them make distinctive patterns and shapes or ‘constellations’. Many different civilisations and cultures have seen these shapes around the world and ‘joined the dots’ in the night sky, creating many myths and legends about them. 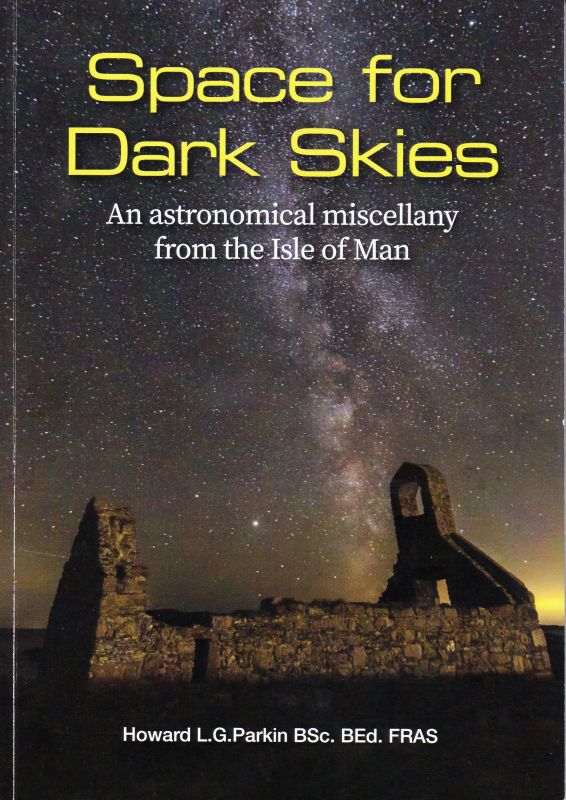 I have now written a book, entitled Space for Dark Skies, about my astronomical experiences. The book features some stunning imagery and details about the Island’s dark skies and Manx links to the exploration of outer space.

The book acts as both a memoir and a tutorial guide and will be indispensable to anyone who studies the heavens from the Isle of Man and beyond, whether as an interested amateur or a designated professional.

I have in recent years noticed that while many publications have some spectacular imagery of dark night skies, there appear to be no publications that specifically introduce and explain to readers both on and off-Island just what astronomical objects are visible from our Manx shores.

With this in mind, I have written my book on the subject which I am hoping will be of interest to on and off-Island residents and may possibly encourage visitors to our Island, to see for themselves our unique dark Manx night skies.

The book is available from all Island booksellers or directly from me at howardparkin@manx.net