The importance of bees

To mark UN World Bee Day (20th May), John Ward, secretary of the Isle of Man Beekeepers’ Federation, writes about the importance of the insect to the plant and about how you can get involved in beekeeping.

To mark UN World Bee Day (20th May), John Ward, secretary of the Isle of Man Beekeepers’ Federation, writes about the importance of the insect to the planet - and about how you can get involved in beekeeping:

Nearly three quarters of the plants that produce 90% of the world’s food, depend on pollinators.

A third of the world’s food production depends on bees, which means that every third spoonful of food that you eat has relied on pollination from bees. Bees also produce honey which is rich in numerous vitamins, minerals and antioxidants in our diets.

Without bees, many flowering plants would set fewer seeds and would have lower reproductive success. This would alter ecosystems. Many animals that rely on bees for food (such asbee eater birds) would lose their prey, impacting natural systems and food webs.

Albert Einstein said about bees: 'If the bee disappeared off the face of the Earth, man would only have four years left to live.'

So what’s all the buzz about bees? The fact is, they are in danger of dying out.

There are many reasons why bees are now regarded as being in danger. Climate change is one, increasing spread of bee diseases, parasites and predators are also an issue. Factory-style bee farms transporting pollinators to monoculture crops (like almonds and rape) increase bee disease and reduce variety in bee diets, causing large numbers of hives to die.

Thankfully, the Isle of Man is a refuge to the honey bee from many pests and diseases invading the world, which is one reason the Manx honey bee is doing well.

Dedicated beekeepers who are educated on looking after bees also are helping bees thrive here. The Isle of Man Beekeepers' Federation links the Northern, Western and Southern Beekeepers' Associations to the British Beekeepers Association.

The various Manx associations run a variety of events including the annual honey conventions, honey-tasting evenings and are present at the agricultural shows, food festivals and other national events. 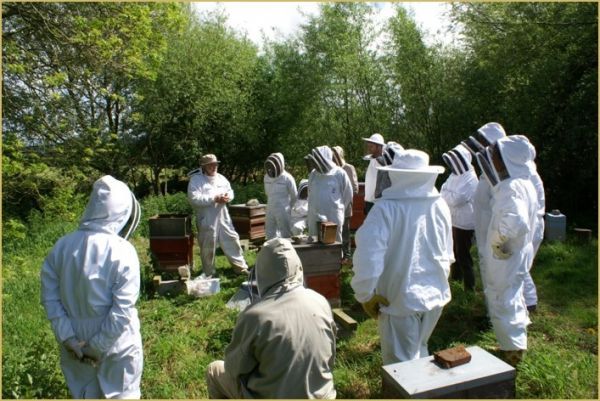 New beekeepers are encouraged to join fortnightly training evenings during the winter season, getting them ready for more hands on experiences in the spring, where “newbees” are invited to practical sessions at local teaching apiaries.

This year, we had more than 40 interested potential beekeepers who are beginning to look into the workings of our training beehives.

Some choose that beekeeping is not for them (leaving with a wonder of these incredible social pollinators), others move on to starting their own hives and the challenges this brings.

At this time of year, beehives begin to decide if 'pastures are greener elsewhere' and, once decided, the queen will leave the hive along with half of the bees (30 000 or more!). This is called a swarm.

Swarms can descend on the unwitting house owner, and settle down inside the house in places like chimneys stacks, inside walls or under rooves, just where the home owner doesn’t need them.

Once a swarm has begun making honeycomb in the house, you will not be able to move them out. In fact, even if you do eradicate them, more swarms will come each year as the comb becomes too irresistible. 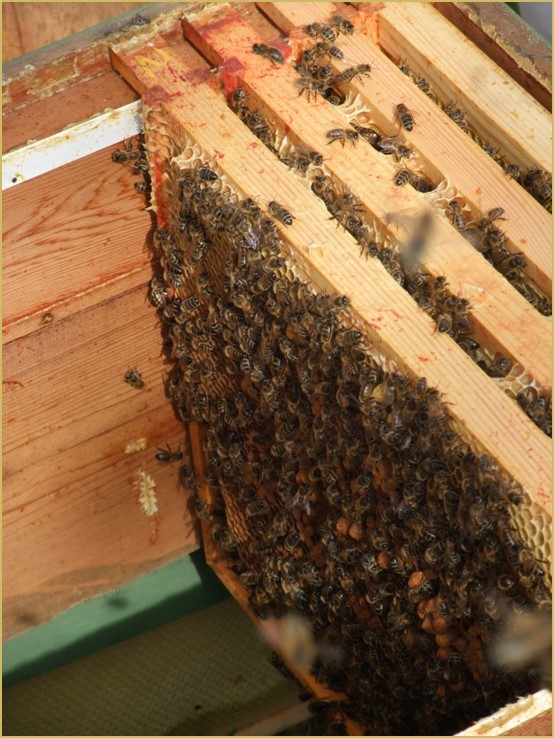 New beekeepers often find that their new hives will swarm, unless they understand the various reasons why they swarm in the first place. Through being educated, new beekeepers will ensure they do not add to the nuisance of swarm season.

Swarms are rather docile so, although they look rather intimidating, panic is unnecessary. A quick call to DEFA Pest Control or the IOM Beekeepers' Federation Swarm Control will provide a professional who can remove the swarm to a hive where training beekeepers will be able to purchase them (helping to fund bee education for the future) and to start their own beehives.

A miracle of nature, bees may live solitary lives to complex social hierarchical systems (as with the honey bee).

Our Island is home to a wonderful variety of bees and their survival truly is in our hands. Let’s do all we can to keep them around for years to come.