Five fungi to spot in February

February is a great time for fungi spotting. Lydia Riddell, Biodiversity Project Officer at the Department of Environment, Food and Agriculture, tells us about five species to look out for.

February is a great time for fungi spotting. Lydia Riddell, Biodiversity Project Officer at the Department of Environment, Food and Agriculture, tells us about five species to look out for:

As we slowly but surely make the transition from winter to spring, it is just as important now more than ever to go outside and get closer to nature.

Did you know that there is a whole alien world of different shapes and colours hiding right under our noses?

Fungi are living organisms belonging to an entire kingdom of their own. There are 148,000 known species of fungi, but it is thought that there could be anywhere up to 4 million species that we have not discovered.

Fungi are a principal decomposer and hold a vital role in nutrient cycling in our ecosystem. They help release elements such as nitrogen and phosphorus from decaying matter, making them available to other living organisms.

Next time you are on your favourite walk, slow down and spend some time looking under logs and checking out tree branches. You’ll be surprised by what you can find hiding. How many of these fungi have you seen in our glens and plantations? 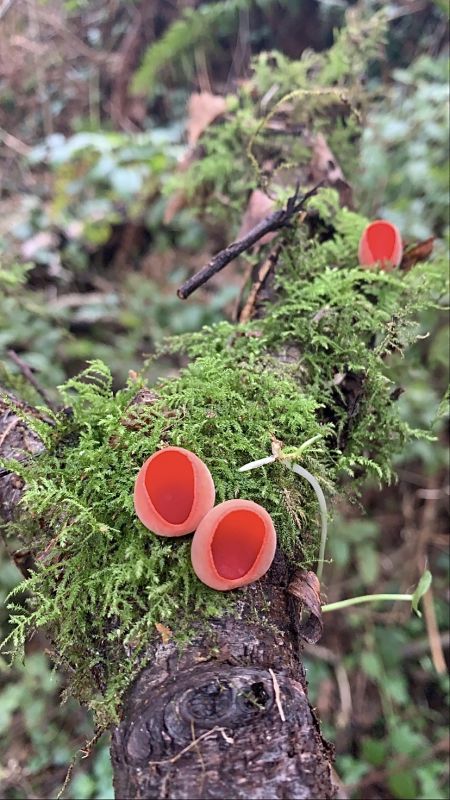 Found underneath damp leaves on the woodland floor and growing on decaying branches, these bright and magical Fungi brighten up even the darkest winter day. The scarlet elf cup has a bright scarlet rounded fruiting body with a smooth inner surface. The cup has a very short stem, and in folklore, it was said that wood elves drank morning dew from the cups. 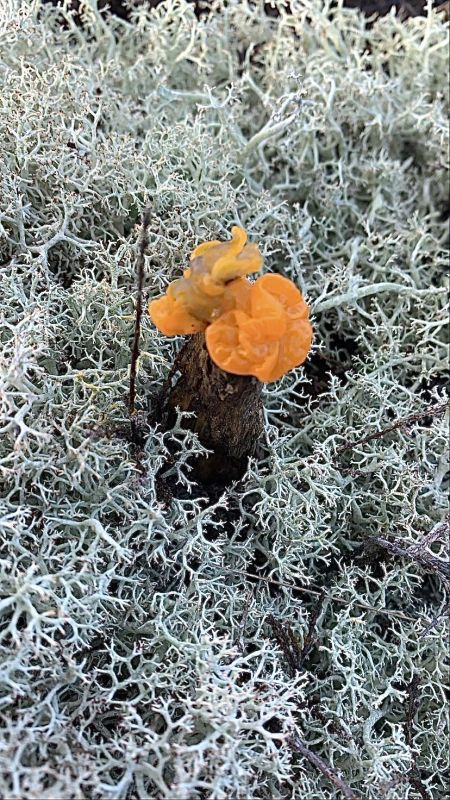 The bright orange Witches Butter fungus (sometimes referred to as yellow brain fungus) is a parasitic jelly fungus that resembles a brain, although its scientific name ‘mesenterica’ comes from the Ancient Greek for middle intestine. The best place to see this fungus is on fallen branches of deciduous trees, gorse and other dead wood in woodland. Whilst it is still being researched, witches butter fungus is thought to produce certain medicinal biological compounds that have shown anti-inflammatory and anti-allergic properties. 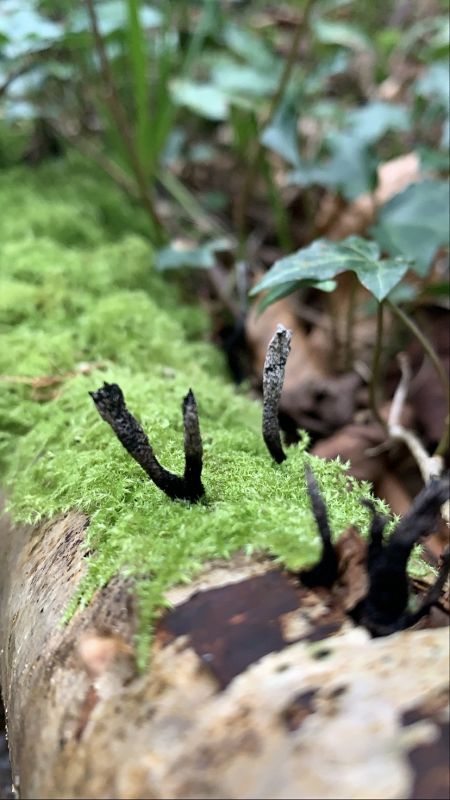 Often seen growing through moss in groups on dead wood, Candlesnuff fungi has a small fruiting body with a white powdery top that resembles ash from a candle. This powdery substance is made up of asexual spores. Sexual spores are produced later in the season, which gives the fungus two chances to reproduce. 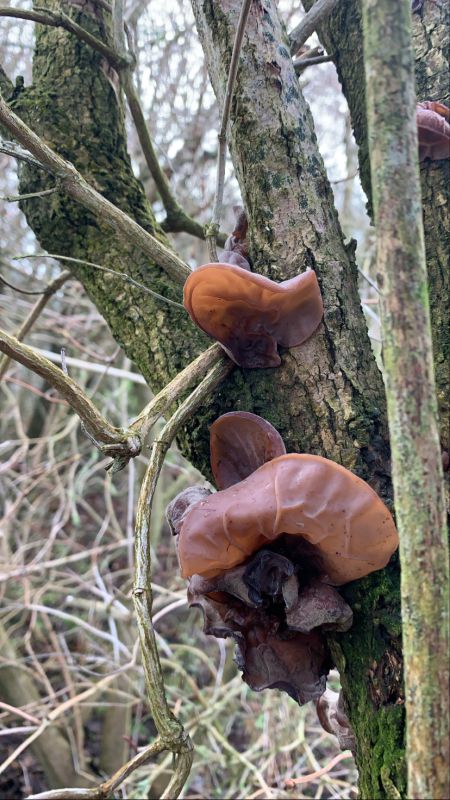 Velvety and gelatinous, the Jelly Ear or Wood Ear Fungus looks just like an ear growing off decaying branches. They can often be found growing in groups on tree branches, particularly Elders. Turn them inside out to really reveal the inner ‘ear’. 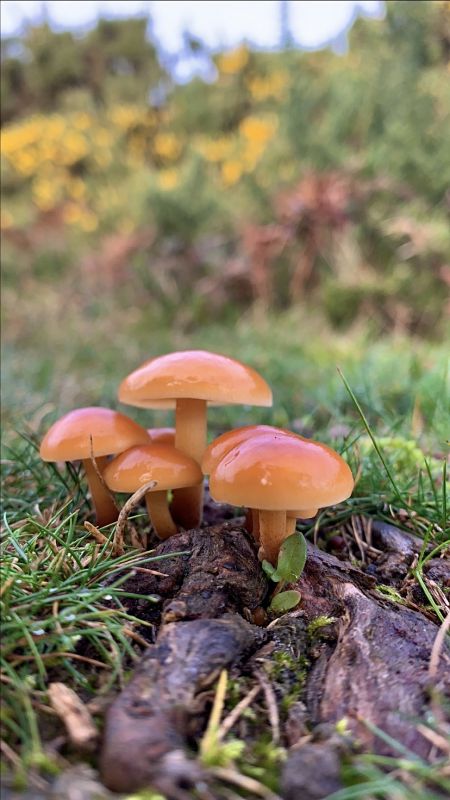 A cheery sight in wintry woods, velvet shank fungus often grows in dense, tiered clusters on decaying broadleaved trees. Appearing in the winter, the velvet shank can withstand frost and snow and can even survive being frozen solid. They add a bright splash of orange to the woodland, and can often be identified by their shiny, smooth cap.

We do not recommend eating wild fungi as several species are poisonous and misidentification could lead to serious illness or death.

Isle of Man bids for international biosphere status
Forest bathing good for the body, mind and soul
Biosphere takes part in Destinations at Olympia
From pantry to patio - the local company reusing our glass
Life through the lens of local photographer and poet Janet Lees
Awards celebrate those contributing to a sustainable future